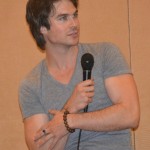 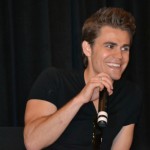 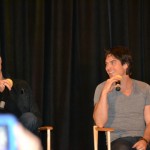 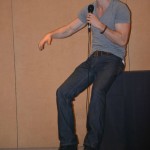 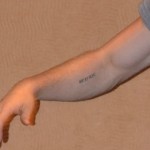 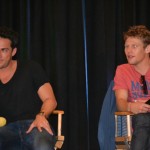 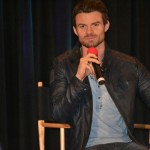 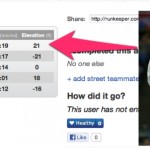 Ah-HA! Got your attention, now, didn’t I?

No, really, when I say Ian Somerhalder, I do mean the real, in-the-flesh hotness incorporated; bad-boy vampire Damon Salvatore on the hit TV show the Vampire Diaries. (Haven’t watched the show? What are you waiting for, friend? It’s all on Netflix! Yes, yes, you are welcome!)

And because tonight is TVD’s Season 4 premiere and I have been going through Delena/Stelena withdrawal all summer, what better time to tell you about the time I skipped the 14-mile run I was supposed to do – gasp! – in order to meet Ian and a few select cast members in person?

The morning of July 28th was bright, sunny and slightly breezy in South Bay. You could immediately tell it was going to be a glorious day for a run. My training schedule — The Half Marathon: Own It plan from Train Like a Mother — called for a 14-miler that weekend, mid five at race pace.

But I had known for months that I wouldn’t be able to do it. Because, you see, I had a ticket to go to the Vampire Diaries convention at the Hyatt SFO. And not just any ticket: a gold ticket on the fourth row, which entitled me to autographs from some of the show’s biggest stars. And, get this: a “sandwich photograph” ticket, allowing me to squeeze my butt right in between Ian Somerhalder (Damon) and Paul Wesley (Stefan) in what can only be defined as a picture-perfect moment.

It was a glorious day, from the moment I took my seat to see Paul Wesley talk in a half-hour Q&A session:

… and things got even better as this guy joined him:

Now watch them leave the stage:

And, finally, at nearly 11:30 p.m. that night, Ian gave the fans half an hour of his time. Having been on a plane or at airports for 8+ hours that day (after taking off, his original flight was sent back to ATL, then he had to board a different one), then signing autographs and taking pictures with 450+ women for at least six more hours… this is how he looked:

And because I know you’re wondering about the tattoo on his right arm, here is a closeup:

But, you may ask, couldn’t I have done my long run the following day? I’ll admit I thought about it. But the convention did last the entire weekend, so on Sunday I got to meet those guys:

They say that when it comes to training for long-distance races, the long runs are most important. But you know what? That following week, as I went out to do my Tuesday tempo run (seven miles as 1 mile warmup, 4 x 1 tempo with .25 recovery, 1 mile cool down), I was not running, but flying.

As my legs were getting tired from the increasingly harder long runs in the weeks prior, that one weekend of doing little more than sitting around and laughing at the jokes of favorite actors was just the right amount of rest that I needed to get back to training, with a vengeance.

If I had to do it all over again, I totally would. Who knows, maybe even soon, at the April 13-14 TVDCon in Las Vegas next year?

Chances are, of course, you could care less about TVD. And think obsessing over a supposedly teenage show isn’t appropriate for a married woman in her mid-30s.

So? Don’t go to a TVD convention. Don’t watch TVD. But if you ever find yourself feeling exhausted or even bored in the middle of a training program, feel free to skip one long run and do something you love instead. Go for a hike. See your favorite band in concert. Bungee jump. Anything that kicks up your adrenaline and supplies your daily dose of endorphins. In the end, that little break from running might be just the energy boost that you needed to resume training, and give it all you’ve got.

Believe not your eyes, it was my regular 4-miler. A 9:16 minute/ mile, indeed, not what you see above. One somewhat cloudy day and you can count on RunKeeper to mess up. 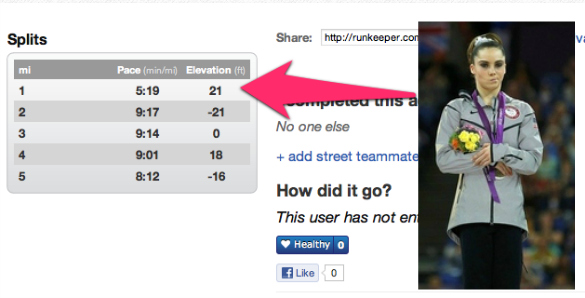