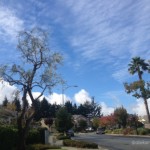 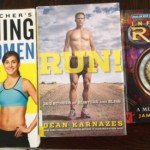 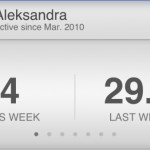 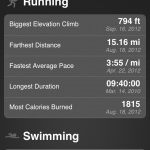 A rainy morning in the Bay Area, shock.

OK, so when I say rain, I really mean more like a drizzle. Especially by East coast standards. Or Seattle standards. You know, anywhere-but-Cali standards.

Still, I actually thought for a few hours that my mid-day run would end up also being my first run in the rain in several years.

Did I consider heading to the gym to run on a treadmill or skipping the run, though? Not today, friend, because this morning RunKeeper released a bunch of updates to its iPhone app and I was eager to check them out.

As noon approached, I was getting myself all pumped up to run in the rain when: 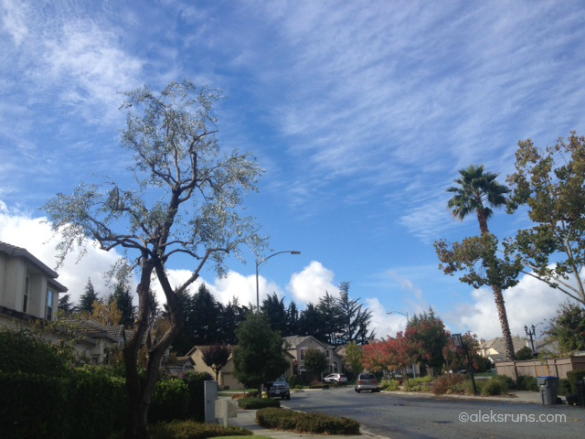 Yah. That’s how long rain lasts here. The ground was still a bit wet, though, so rather than the usual trail, I took my road route. I rounded up a nice four-miler, with a stop by the library on my way back to pick up a few books: 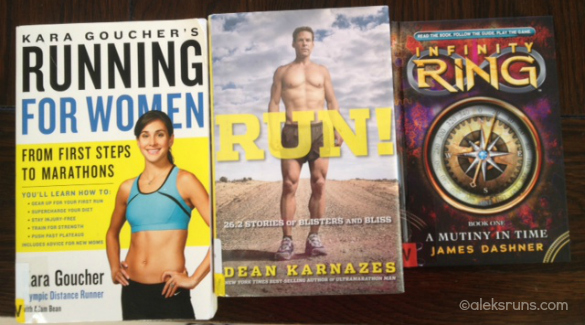 ; discovered James Dashner recently (I know, I’m late to the party) via The Maze Runner

trilogy and now I’m addicted. And Dean Karnazes… well, that guy needs no introduction. Run!: 26.2 Stories of Blisters and Bliss

is one of his older books, but the only one I’ve read is Ultramarathon Man

and that was years ago. So I’ve got some catching up to do.

I am obsessed with my running data: distance, time, pace, elevation maps. RunKeeper does an awesome job of tracking all these, and compiling them in handy reports that you can customize for different time frames and activities.

Up until now, in-depth data was only available on the RunKeeper website. The new “Me” tab changes that.

Part of the Me tab is the “compare activities” feature: for the first time, users can track progress for the week and compare to the previous week’s performance, on the go: 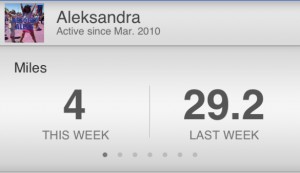 My only criticism is that the feature doesn’t really prorate performance in any way. Is it really fair to compare one day’s worth of runs to a week’s? Perhaps RunKeeper should have set it up so that it compares this week’s average to last week’s.

It also looks like RunKeeper adds up mileage for all activities (in my case, running, biking and a wee bit of swimming), so if you bike 25 miles in one week and then focus on running the next, your mileage comparison could be way off.

[Update: because the folks at RunKeeper are too cool, they not only checked out my blog post but immediately clarified for me how to change my settings to only display stats on running (or cycling, or whichever activity you’d like to select). Swipe all the way to the right to get to Display Settings and: voila. Thanks, RunKeeper!]

Still, this is a good way to keep track of your weekly miles and know whether or not you’re on pace to exceed the prior week’s total. Yet another way to track mileage buildup during marathon or half-marathon training — because, you know, runners aren’t obsessed with that at all. During off-season, use the week-to-week comparison to stay motivated and not let your mileage drop too much. 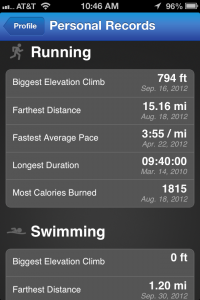 Another part of the new Me tab is “Personal Records.” It’s a cool add-on to have, though I’d question the necessity of being able to access such in-depth data on the go. We usually study that sort of stuff while sitting in front of our computers. But in the event that you find yourself having drinks in a bar and must absolutely share and show proof of your biggest-ever elevation climb or fastest average pace, there: now you can.

The Friends Leaderboard (not shown here, because it displays people’s full names) is also of questionable necessity, especially considering the fact that it ranks “street team members” — a.k.a. the people in your RunKeeper network — by number of activities. Some people track their walk to the bus station. Others only track runs or bike rides. It would be more useful to compare members based on total mileage in specific activities (running only, biking only, etc), though I realize this would require complex and possibly clumsy setup by users.

Overall, I like the new RunKeeper updates — but if you ask me, this app already has all the features that most runners need. The “workout” feature introduced during the summer was fantastic, enabling users to program speed workouts right into the app. Instead of introducing more features to the app in the future, the folks at RunKeeper should really focus on improving GPS accuracy and perhaps work on the ability to sync with Spotify playlists. 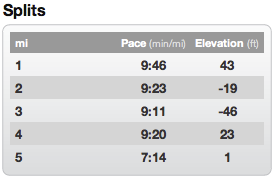