Long distance running is an endurance sport, and so we run through all kinds of weather. The New York City marathon – as many (if not all?) such events – takes place rain or shine; snow or sleet.

This year will be no exception, it seems. Despite the havoc Hurricane Sandy wreaked on the city last night, word is out already that the folks at New York Road Runners are doing everything they can to ensure the route of the marathon is cleared up by this Sunday.

As of now, NYRR has yet to confirm officially that the race is still on (check back here for the latest), though I personally have no doubt that it will happen.

For many runners, however, the real challenge will be getting to the start line.

All three area airports are currently closed. JFK may reopen tomorrow, reopen dates for LaGuardia and Newark haven’t been set.

It’s a pretty safe bet to assume that many of the 20,500+ international runners and those from out of state may have made plans to arrive several days in advance. They may have to deal with canceled or rerouted flights, and just an overall hassle of getting to New York City by Saturday.

Logistics won’t be easier for local runners, either: flooding in lower Manhattan has disrupted ferry service to Staten Island (which many runners use on race morning); and the New York City subway may not be fully operational for days, if not weeks.

[That said, in my nine years living in New York, I have seen this city pick itself up and carry on so many times and so quickly – including after 9/11 – that I truly won’t be surprised if everything was up and running by Saturday!] 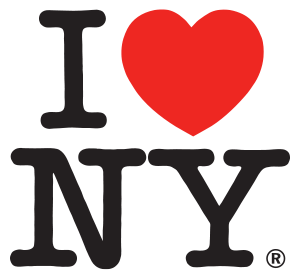 If they can’t make it, though, one option runners have is to defer their entry and be guaranteed a spot in the 2013 race. The New York Times reported today that NYRR has already extended the option to do that through Saturday (the original deadline was today). But deferring doesn’t get you your race entry fee back, which was $255 for United States residents and $347 for international participants.

Yikes. Even if airlines and hotels could accommodate refund requests (questionable, but not outright impossible), the NYCM fee is non-refundable, period.

That, of course, is and has always been the case with other races, too. The disclaimer is usually printed in bold font, or all caps – or both – on every single race entry form. No surprise there.

But I recently came across an option that I hadn’t seen before: that of purchasing entry fee insurance, which would refund my race entry fee in the event that I get sick or injured and cannot participate in the race.

Granted, a quick read through the insurance terms (and I suspect there might be more fine print in the actual paperwork) tells me that getting reimbursed won’t be a breeze. You’ll have to see a doctor within 72 hours of the event and obtain a note that you were, indeed, sick or injured.

And note that it doesn’t cover inability to get to the race due to natural disaster.

I used to cover insurance – among other personal finance issues – for years, and one consumer advocate after another used to tell me that people should stay away from policies that are too narrowly limited to specific events (travel, for example) or are hardly likely to be used (credit card fraud insurance). They tend to be pricey and make little financial sense for most consumers. (Don’t take my word for it, though. See what Consumer Reports has to say on the topic.)

But given all the probabilities that surround marathon (or half marathon) training, the risk of getting sick or injured and losing out on a race (and the fee) isn’t small. In fact, a friend of mine recently deferred her NYC marathon entry because she got injured earlier this year and was unable to train. If she had been given the option to purchase insurance for, say, $10 and had done it, she’d now be $250 richer.

felt great, so I went for the “almost 4 mile” route. Thought of New York City and its majestic marathon and almost forgot I was running.

To everyone there: Sending sun, prayers and endorphins your way!

If New York City manages to put up this race on Sunday, it will be its most courageous and inspiring one since 2001. Godspeed! 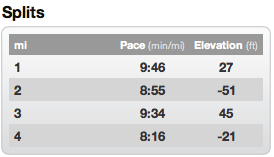