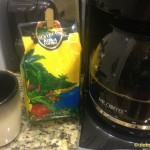 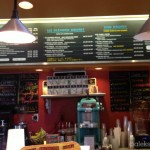 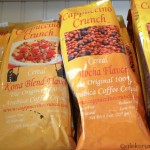 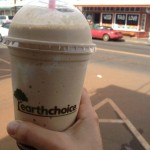 Seattle may have Starbucks and Berkeley may have Peet’s, but Hawaii is the only place in the country that grows its own coffee.

Now, I’m no coffee connoisseur. Acidity, aroma, body… what is that? For me, coffee either tastes good, or it doesn’t.

makes a mean cup with these beans

, for example, which can be yours from Costco for only $18.]

So what you have here is a brief summary of my coffee exploits on Maui. So far. I am in no way done and there will be part 2 (and maybe even 3) by the time our trip is over. 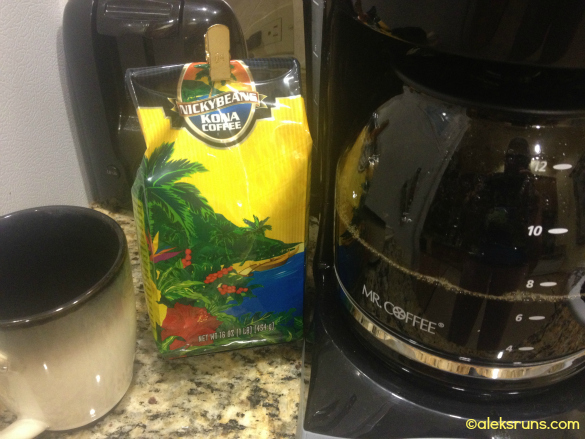 Since I can’t function BC — before coffee — the first two or three cups must be brewed at home.

So our first stop after landing on Kahului Airport was Costco, where I procured two one-pound bags of Kona coffee at $19.99 each. It was the cheapest 100% Kona coffee

they sold there and an excellent choice! The coffee tastes amazing, even made in this rudimentary Mr. Coffee coffee maker. 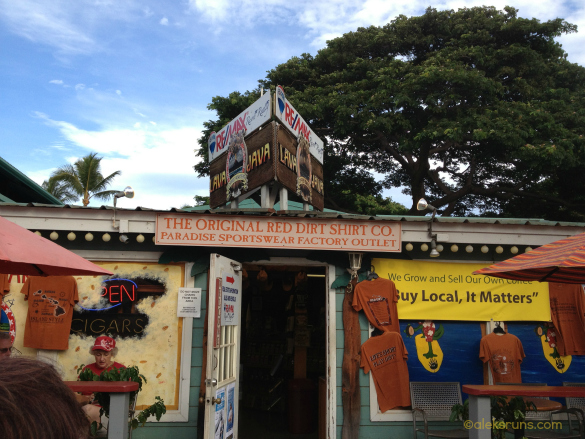 I love that name! This place sells premium Maui grown coffee beans and several other Island blends, and a whole bunch of touristy tchotchkes and the original red dirt shirts (you know, the ones made famous by that Dirty Jobs show). It is not a cafe by any means, though there are a few tables where you can sit and enjoy a cup if you like facing a busy street with car traffic.

But they have a rep for brewing good coffee, and it’s in limited supply! They brew their Maui Blend only once, at 5 a.m. and usually run out by 9 a.m. I tried their dark roast blend… it was good, but I can say I’ve had better. Couldn’t resist getting a to go tumbler, though: one can never have too many of those. 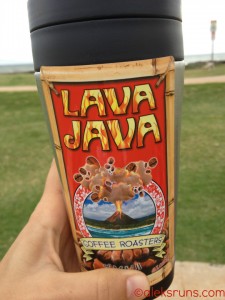 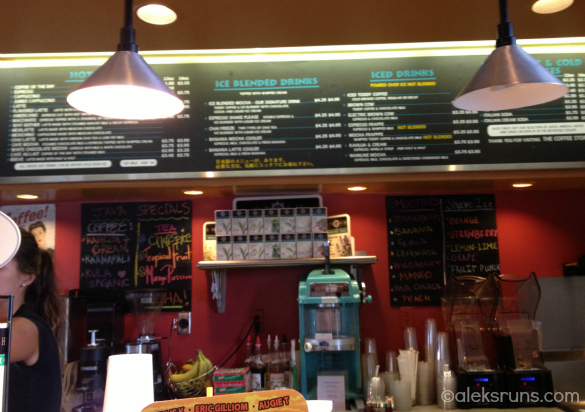 Stopped by this place because it’s right next to the gym and I was in need of rehydrating after a 2.5-hour workout (as you can see from the blurry/shaky photo above).

Ordered a Mainland (Mainline?) Mocha: very similar to Vietnamese coffee, which I’m totally addicted to, except it’s made with chocolate milk. 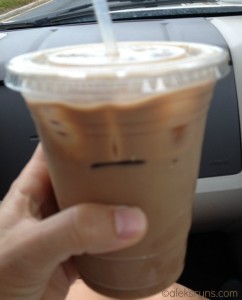 It tasted good (sweet!), but the a bit too chocolatey for my taste. So the next day, I got a regular coffee… and was disappointed. Too blah.

If you’re doing the “road to Hana” trip on Maui (which you must), then you must stop by Anthony’s. (I can’t believe I forgot to take a photo of the store front. Like all things in Paia, it’s got character, inside and out!)

More than anything, though, Anthony’s has amazing coffee, ice cream, not to mention coffee cereal: 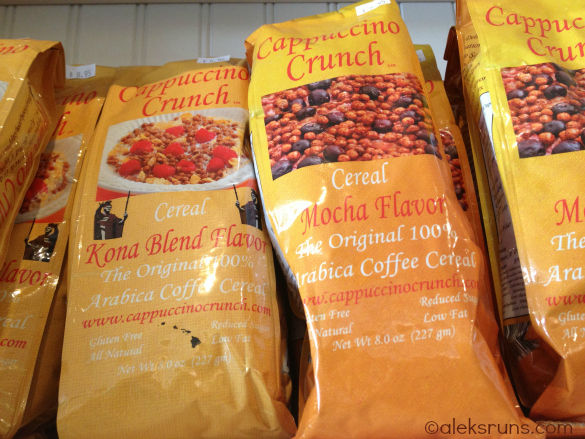 But if there’s one thing you must try, it’s the Anthuccino. It’s just like a frappuccino, only several million Googleplexen times better. How? Here’s the recipe [not actual, but based on my shocked-face observation of its making]: 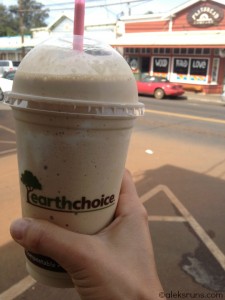 So. So. So. Good. I don’t care that it’s 1 million calories worth of dairy, if you’re headed to Hana and plan to spend the day hiking to waterfalls and such, you’ll need the energy.

I may or may not have found the cure for overwhelming stationary bike boredom and it may or may not be watching back-to-back episodes of The Real Housewives of New Jersey. Just sayin’.