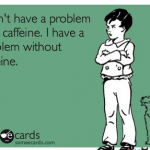 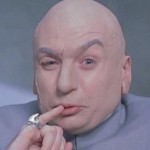 Ever met a runner who never tracked their time, distance and pace?

Much to the pleasure of the fine folks at Garmin, RunKeeper and the rest of them gadget- and app-makers out there, most of us runners are obsessed with the numbers. How far did I run today? How fast? How high were those hills?

I’m no different, so don’t mind if the last thing I do in 2012 is take stock of my year in running:

View Larger Map
It actually looks like a really cool place to spend New Year’s… or at least go on a hike.

Hours spent running: 147:06:08
Could’ve watched all six seasons of LOST (84.7 hours) and the first two seasons of Game of Thrones (approximately 18 hours), with 44 hours to spare. What to do with all this time? I’ll stick with running, thanks!

Calories burned: 109,213
That’s the equivalent of losing 31.2 pounds (I wish)… or eating 941.5 scoops of vanilla ice cream. Or drinking 827 cups of Vietnamese coffee (made with sweetened condensed milk), which would have around 127,358 mg of caffeine — which I’m pretty sure would give normal people at least 75 heard attacks. Or, in my case, wake me up.

Busiest month: December, 125.3 miles.
Not bad, considering this included two weeks of vacation and nine days of no running due to injury. Who said the holidays are a time to lay back and relax?

Races: 14
Plus one virtual