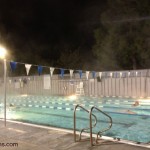 Ta-da! I did the deed and joined the Tri club. 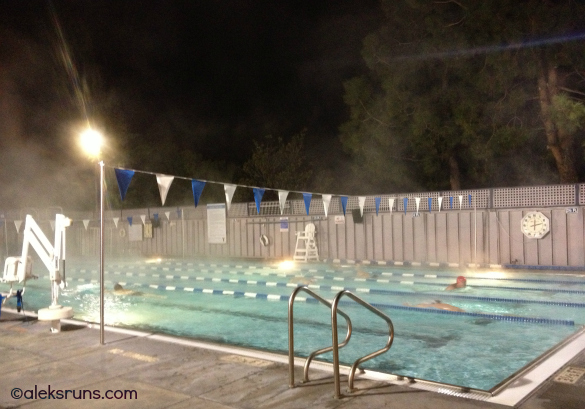 Clap-clap to me for effort and enthusiasm!

Or rather, Nom Nom, because with swim practice in the morning and run at lunch, I just can’t stop eating. 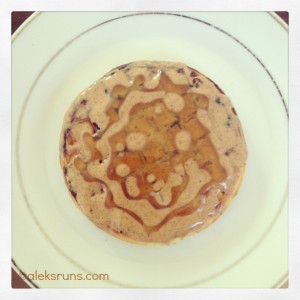 A happy waffle with almond butter and honey: second breakfast of champions. Regular breakfast was two eggs with feta cheese and half an avocado. (It looked kind of gross, so I’m not showing it here. But it tasted delicious, all 8,000 calories of it.)

If things continue going this way, I suspect you’ll be reading a lot about food here. Don’t say I didn’t warn you!

In other news, I figure my Tri-club debut is just the occasion to finally review a book I finished reading a couple of weeks ago: Chris McCormack’s I’m Here To Win

Chris McCormack, known in triathlon world as Macca, is a two-time Ironman World Champion, and has too many Ironman and shorter-distance triathlon titles under his belt to list here.

Obviously, I wasn’t expecting to begin winning Ironman after reading this book. I was looking for “tips for peak performance,” as the title promises. And some inspiration, which is there I guess, only not as much as I found in Chrissie Wellington’s A Life Worth Living.

Macca’s book is more like: Oh yea, so my dad wanted me to be an accountant after I graduated, but I really wanted to do triathlon — because it was such a cool way to meet girls. So I packed my bags and left Australia for France, where I randomly met a guy at a train station, who offered me a home while I trained. Lucky for me, he didn’t turn out to be a rapist or serial killer, but a rather decent fella. I started winning stuff right away, because I’m that good, mate. I also realized that badmouthing my competitors before a race really helped me because they were so intimidated by my super human endurance and amazing athleticism. Yea, mate?

I paraphrase all that.

Don’t get the wrong idea, though. I did enjoy reading this book and am thinking of using some of his nutrition strategies, like drinking Coke towards the end of a race instead of gels or other energy drinks. The simpler the carbohydrate, the easier for it to be turned into energy without taxing the stomach!

And his views on rest and pain resonated with me:

On Rest: An Anti-Rest Culture

It’s okay to rest. I’ve said this in speeches and gotten standing ovations. But in the modern world, that’s just not a popular idea. Outside of sport, in business, people boast about getting only two hours of sleep and still going to work. They’re stressed, they’re not sleeping, and they wonder why they feel like hell all the time. It’s like the less you sleep, the more hardcore you are. Translate that to the triathlete world and it’s “Look at me, I ran twenty kilometers yesterday after riding for six hours.”

That’s the monster that’s human nature. We train to look good to other people, to look good to ourselves, to justify the cost of a coach, or as some sort of inoculation against the fear that we won’t have what it takes on race day. But we rarely train for the only reason that matters: to be the best we can be in body and mind, and deliver our finest possible performance on race day, regardless of the result.

On Pain: “Embrace the Suck”

Ultimately, triathlon is about pain — enduring it, knowing when it will come, and persisting through it.

[Er. Sounds promising! But read on]

Ever talk to someone at the end of a marathon? They don’t talk about how they cruised at mile twelve. They talk about how they hit the wall in agony at twenty-three miles but kept going to the finish. We’re at our best when we’re overcoming and striving, and in triathlon one of the biggest challenges is overcoming that part of your mind that says, Knock this shit off, it hurts, stop, quit running!

For 10 of these 70 laps, the coach told us to try to swim from one end of the pool to the other (25 yards) without breathing. I managed three out of those 10.
–> So proud to have barely escaped complete failure! <--
Noon:

My butt still hurts, darn it. Foam roller, meet my butt. Butt, meet the foam roller. He will hurt you, but it’s for the best. Embrace the suck!

One thought on “Embrace the Suck”