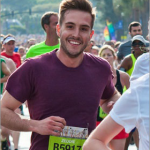 People keep asking me about my goal for the LA Marathon and I tell them stuff like:

Of course, I do have a real goal for the marathon. It’s to look this good in all my race photos: 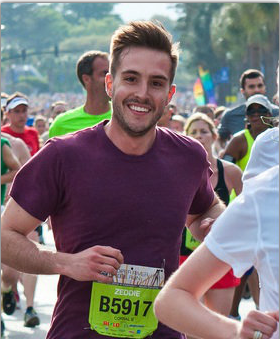 But we know that’s not going to happen, so I have a time goal as well. Several, in fact. I haven’t shared them with anyone, for fear of jinxing my race. But, what the heck. I tell you everything, anyway.

Let’s talk about my marathon goals:

Take a look at this pace predictor: you enter your times for a recent race, whether a 5K, 10K or half marathon — all distances are available — and it gives you an approximation of your finishing times for all other distances.

Either of those would be quite awesome.

Tell me you’ve heard about the Yasso 800s? I did a modified version of those as part of my training plan: instead of building up to 10x 800 on a track, I did 10x 4 minutes, which in my case is 800+ maybe another quarter of the track (or could be less, I never measured it precisely). BUT. According to Bart Yasso, I could run a 3:50-3:55 marathon.

What? That sounds crazy to me, but there you have it: a sub-4 marathon would be my ultimate dream goal. If I pulled that off, I swear Santa Monicans will be watching me take a (fully clothed!) dip in the Pacific post race, for real.

And there you have them, my marathon goals. I wish I could say my goal is to qualify for Boston, but in case you missed it, I have a completely different strategy for that one.

Working against me is the fact that I’m starting with the “general” wave of runners/ walkers. The LA Marathon has unusually stringent requirements for placing you in a seeded corral: you must have completed a marathon no earlier than in 2011. FYI, LA Marathon, that’s unfair to runners (not walkers) who are trying the distance for the first time. What if I’m running 1:30 half marathons, but I’ve never done the full distance? It would be a huge disadvantage to have to line up in the back, and possibly zig-zag around slower runners for miles on end. I guess I’ll have to hope there are a lot of fairly fast first-time marathoners–or those like me, who’ve been on a marathon hiatus for a while–so I can start out at a normal pace from the get-go.

And to psych myself up for the race on Sunday, here’s a 3D bird’s eye video of the marathon course. [You need to have the Google Earth plug-in to be able to see it.]

–> RACE NEWS <--
Reader Marielle emailed me asking to spread the word about an upcoming 5K race benefiting the Lupus Foundation of Northern California. If you are interested in participating and supporting Team Marielle, please contact her at teammarielle@yahoo.com, or reach out via Twitter: @teammarielle

If you live in the area and are looking for a 5K benefitting a great cause: there you have it.

The last run before the marathon, an easy three-miler. Today is Pi day, though, and that had to be observed, right?

I know we’re supposed to celebrate Pi day by eating pie, but we don’t have any at the house right now — and we leave for LA tomorrow. Meaning, I wouldn’t want to have to eat the whole thing tonight so it doesn’t go to waste. Much easier to tack on .14 miles to the three and there you have it: 3.14 for 3/14. 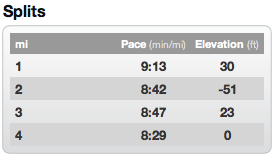