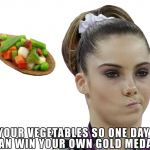 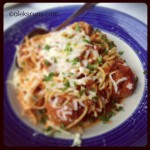 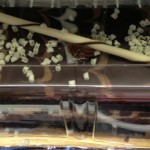 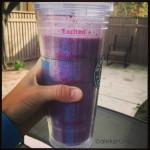 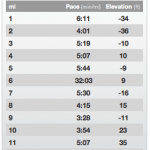 When I mention the Paleo Diet for Athletes to my friends these days, they look at me like I’m going crazy.

That’s because they know my favorite foods are all of the carb variety (and avocado) and they also know how much I run. How in the world can you do that running with no carbs?

Actually, if you read what Joe Friel says, it makes sense. Eat carbs during and after working out, for recovery. For the rest of your day, eat the good stuff… or bad, depending how you look at it.

When I crossed the finish line of the LA Marathon, I knew nutrition was going to be my next big battle. [Actually, sitting on the toilet – or anywhere else – and standing back up was my next big battle, but you know what I mean.]

I trained as hard as I could for this race and still ran a disappointing (to me) 4:25. I felt dehydrated the entire time, and not as strong as I should’ve been, given my physical preparation.

Clearly, I’ve been doing something wrong, and the fattest finger points at my obscenely indulgent carbo-loading the days before the race… or just pretty much every day.

If Friel is right – and he probably is – then I’ve been eating the wrong stuff at the wrong time.

So let me tell you about this Paleo diet for athletes, and you tell me what you think?

And that’s about it. [Head over to Training Peaks, of which Friel is co-founder, for more details.]

I’ve never felt in the least interested in the Paleo diet, but this modified version makes a ton of sense. Definitely something to try in the weeks leading up to my next half marathon (when we’ll find out if it helps?) and onward!

So… Anyone tried the Paleo diet? What do you think about the above modified version?

Nothing special, just biked to the Sports Basement to get some biking stuff. It’s funny, now I have spare tubes and two CO2 canisters… and absolutely no idea how to use them.