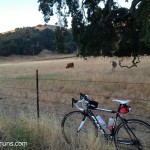 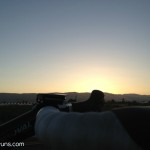 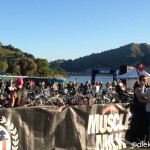 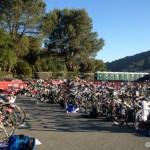 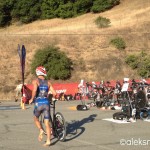 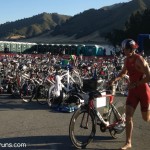 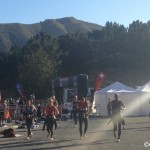 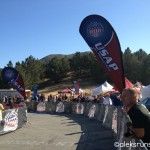 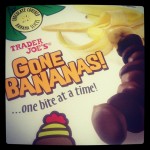 Today was the first time in quite a while that I’ve had to wake up before 5 a.m. and not run a race or triathlon. I was volunteering at one!

I signed up to volunteer for the Morgan Hill Sprint Triathlon at UVAS reservoir because:

a) a friend from my Tri training club is doing it,
b) I’m doing another tri at that location in a few weeks, and
c) all volunteers get a 50% discount off a future race!

That’s right! Considering the triathlon I want to do next month is $130, and my shift was just three hours and change, I’d say I was getting paid to help out at an event and have fun! Also, to observe and learn stuff, because when it comes to triathlon, I’ve got tons to learn.

To make things interesting, I decided to bike to the event, which is about 20-25 miles from where we live, depending on which way I take.

You would think sleeping in and driving would make more sense, but I had a great ride, pretty much all by my lonesome on the road. No cars! No bikes! Just me and some cows: 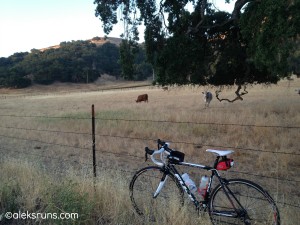 [Yes, I was in somewhat of a hurry to get there. But when a photo op presents itself, you take it. It’s a moo point.]

I also got to watch the sunrise: 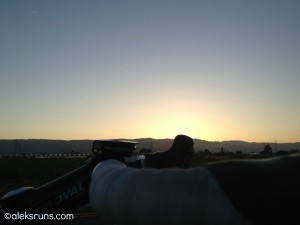 The ride ended up at 26 miles exactly and took me almost 1 hour 50 minutes. That’s a long time and I need to practice this biking thing more.

But I did get to the triathlon just in time: everyone was set up and athletes were heading into the water: 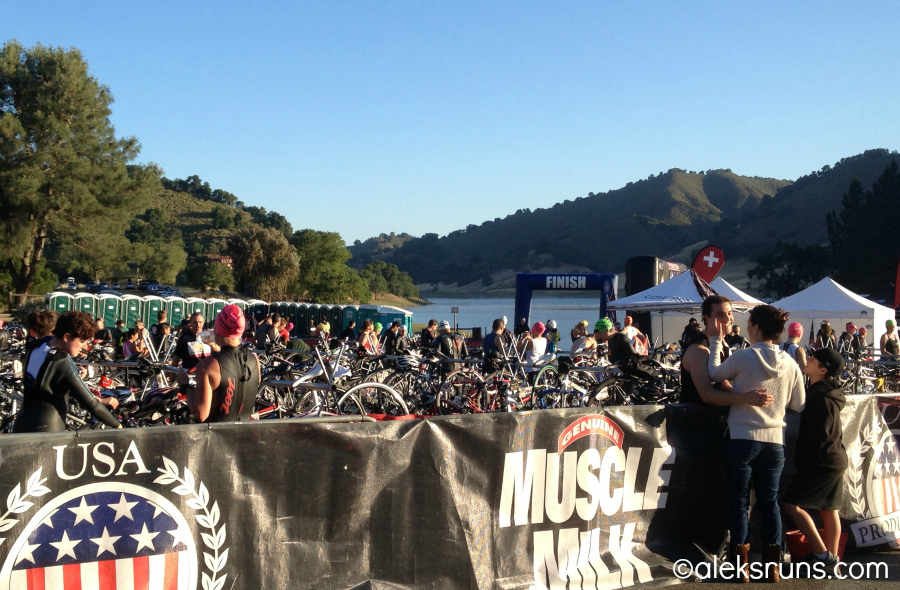 Not long after I took my position at the water station in transition, the area emptied out:

My job was to hand out water to the athletes as they headed out on the bike (and later, run). Barely 10 minutes had passed when the first men out of the water appeared. Talk about fast! 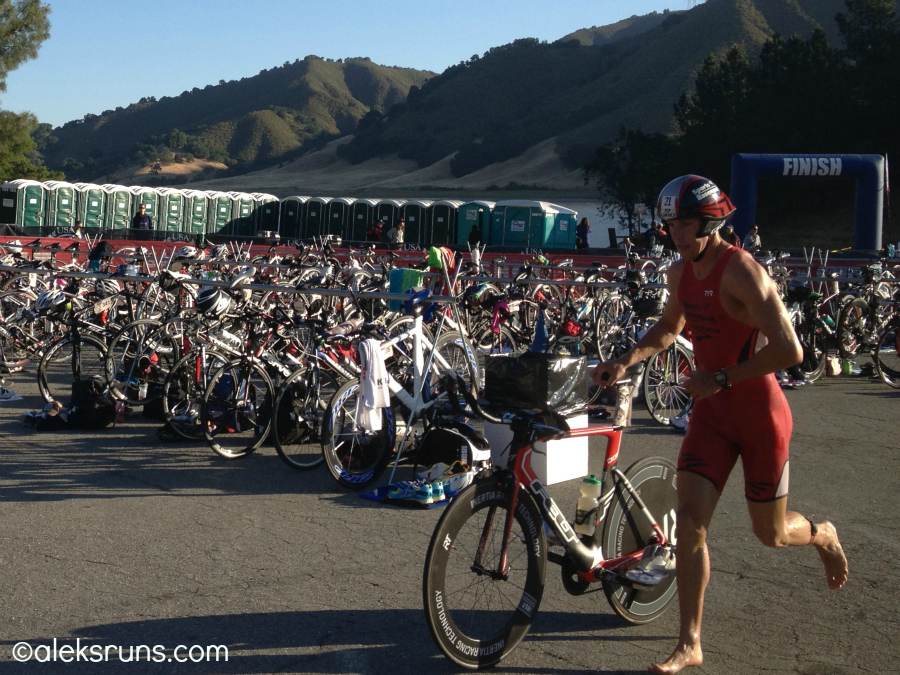 Then things started to get busy and I had to stop taking pictures and start handing out water: 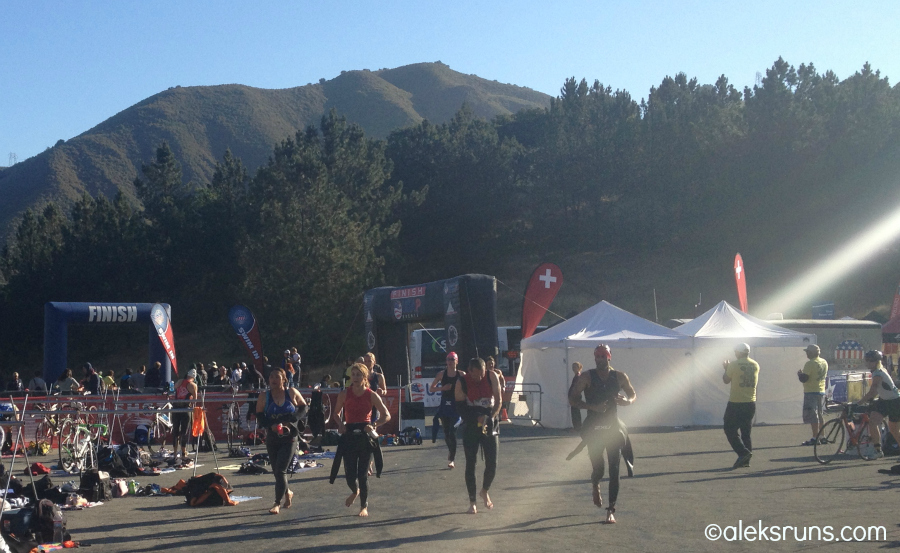 I was just getting into the water-handing groove – and, more importantly, screaming Water, Water – when one of the race organizers showed up and told me she needs someone loud at the bike dismount area, so I should head over there with her. I’ll take that as a compliment? 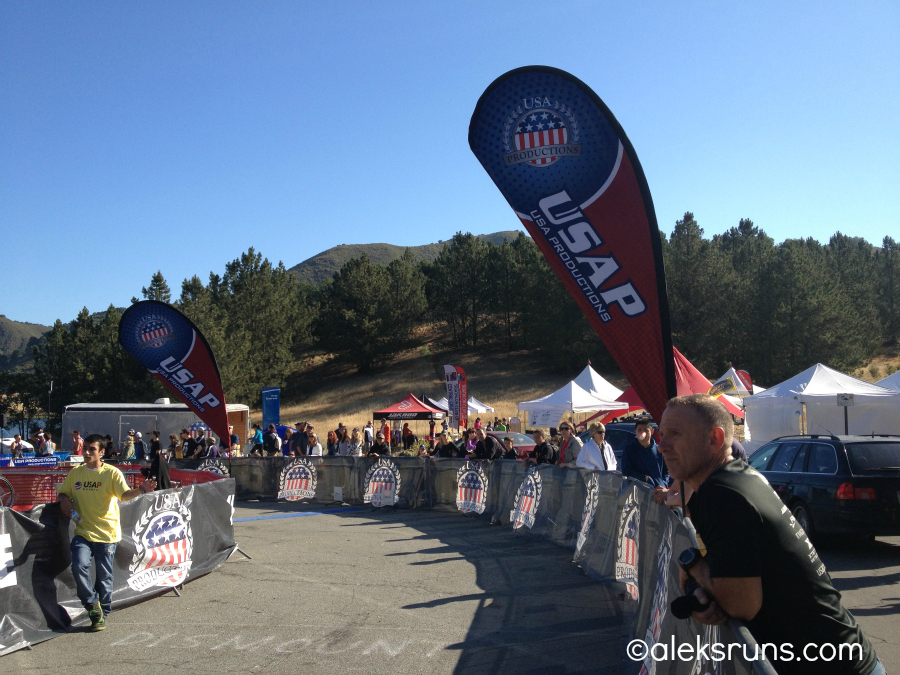 I spent the next hour and a half screaming Dismount! and Off the bike here! to the incoming bikers, some of whom were visibly tired. Several accidents almost happened.

My shift was done just as the awards ceremony was starting, so I got to watch that and eat some food (half a burrito and a beer at 10:30; yes please!) with friends. It was an appropriately fun ending to a super-fun experience.

Well, not quite the end until I biked back home, now, was it?

I took a shorter way back, though it was decidedly hillier: 1349 ft climb, vs just 963 ft in the morning.

I have been “refueling” with soy ice cream sandwiches all afternoon? Also, this: 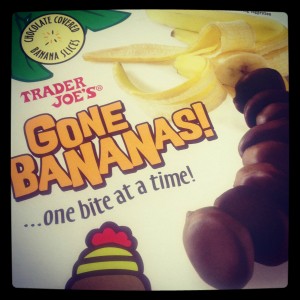 Have you ever volunteered at a race? How did it go?

2 thoughts on “If You Aren’t Tri-ing, Help Out”