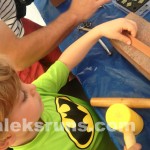 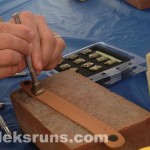 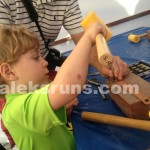 There’s no shortage of inspirational jewelry for runners and endurance athletes out there. (My favorites are the Endorphin warrior bracelets, especially the “Relentless”

one. Elegant, simple and powerful!)

But if you have kids who like doing crafts, you could probably imagine that the best inspirational piece of jewelry you could ever receive would be one made by those little hands.

So when we spotted the “make your bracelet or necklace” table at a local Greek Festival and BabyRuns announced that he wanted to make a bracelet for mom, it only made sense to make it a running one: 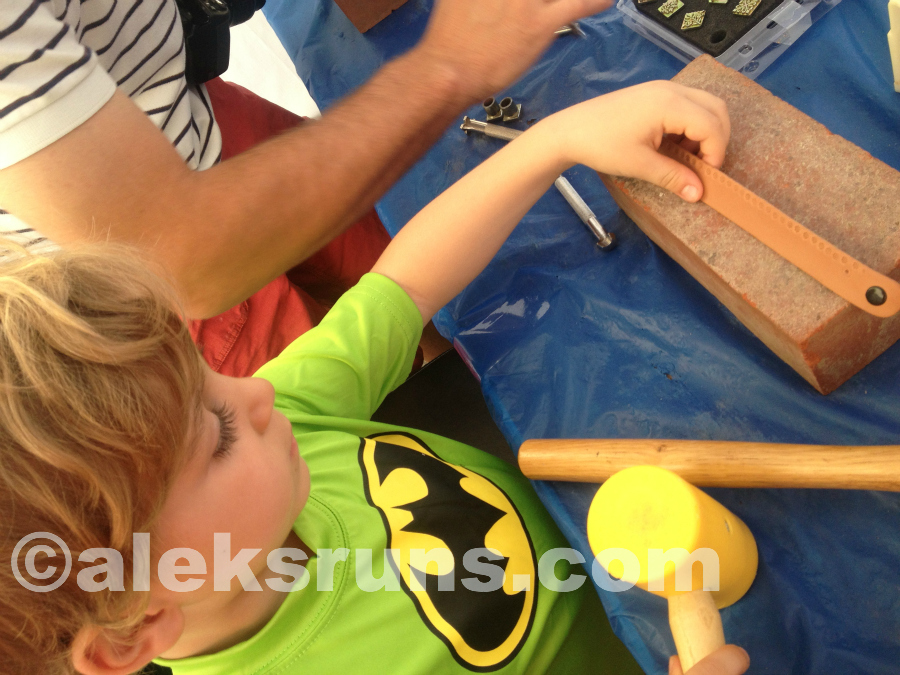 It was super easy: the leather strap was first submerged in water for a minute, then while wet, BabyRuns and dad used special leather stamping kits to hammer on designs and letters. 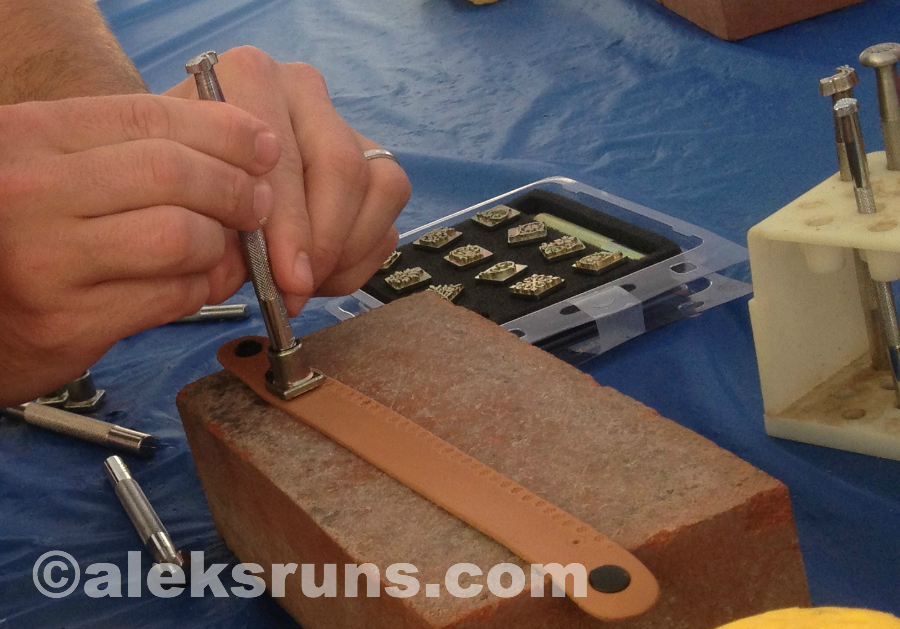 So easy, a five-year-old could do it: 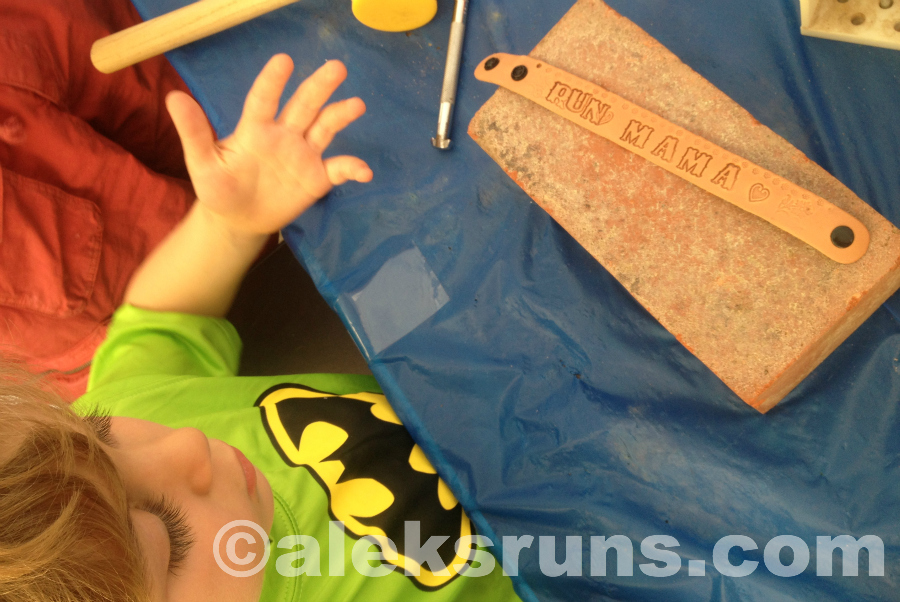 And here it is, the most perfect in its little imperfections running bracelet:

Back home, I looked up leather stamping tools

and found dozens of options

; and even some at specialty crafts stores. So what if Mother’s Day is long gone, Father’s Day is around the corner and you know what that means: the kids make gifts for dad and mom, right?

— Which reminds me of the necklace my friend Colleen made for me before one of my marathons: Ziti and pasta wheels on a string, with four PowerGels attached on four safety pins. Get it? Carb dinner plus race day nutrition, plus safety pins for my bib. Genius!

Have you ever made or received hand-made jewelry? What was it like?

I was too tired to write yesterday, but 20 miles in 1 hr 13 min did good to my legs. They were feeling stiff after my first foray into the hilly Quicksilver Park and all I could think was the tight-butt incident of early 2013, caused most likely by equally super-hilly Coyote Hills half marathon. The cross training helped (and I’m staying away from hills at least until after the See Jane Run half this Saturday).

That said: Biking on Foothill Expressway feels like walking down Fifth Avenue in New York City. What’s with the crowds, people?? Tons of cyclists, in packs or solo, but on the flip side: I passed them all and no one passed me. Which is weird, because 16.5 mph on average is actually quite slow for a road bike. But I’m working on it!

4 thoughts on “The Best Running Bracelet Ever”