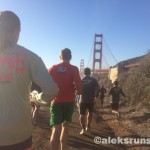 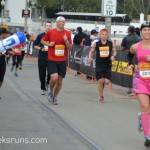 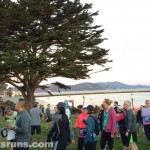 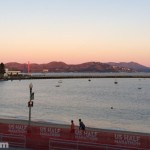 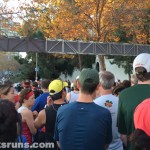 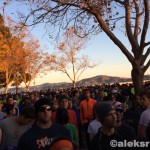 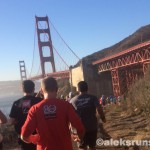 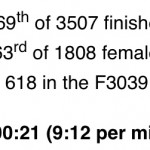 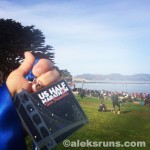 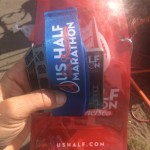 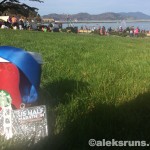 You know what’s one thing you absolutely, positively must do if you ever find yourself in San Francisco? 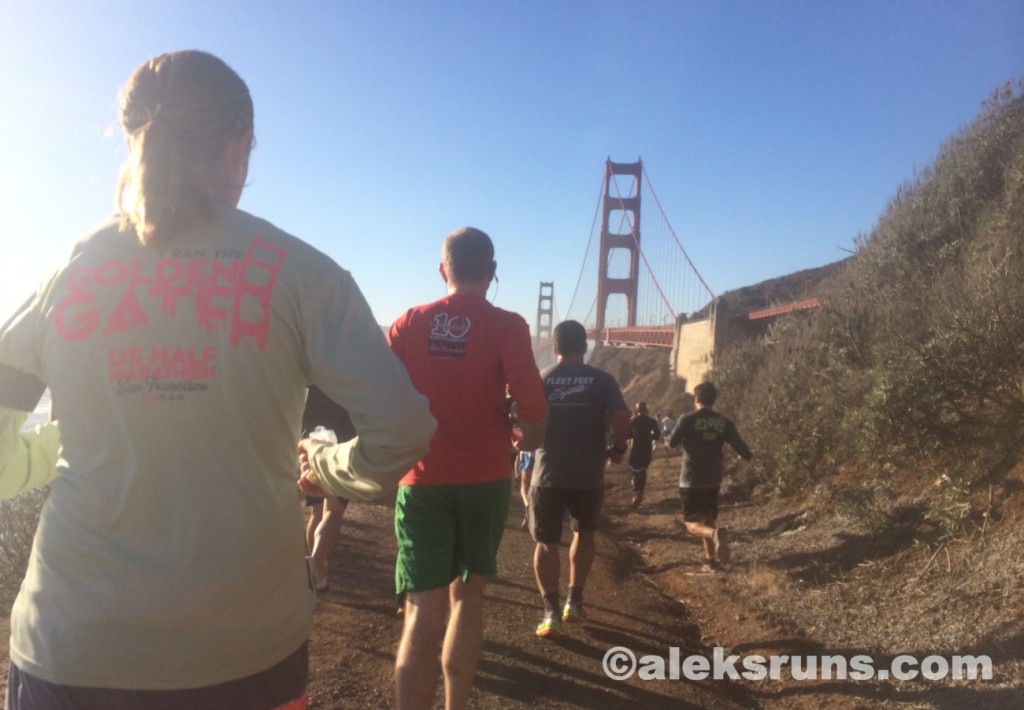 You must run the Golden Gate Bridge.

And for extra fun, you must sign up for one of the few races in the area that do take you over the Golden Gate Bridge and back. The US Half is one of them, the San Francisco Rock’n’Roll (which used to be known as The Other Half edition of the US Half) is another. I ran RnR SF in April this year and, surprisingly, PR-ed: while taking a gazillion photos with a GoPro camera stuck to my head.

I wish I was making this up, but no: 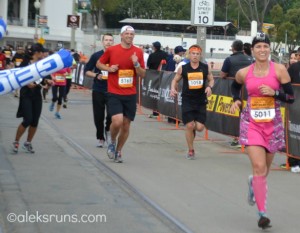 This time, though, I knew another fast half marathon was out of the question, coming out of an injury and having run something like 30 miles the entire month leading up to the race. I was still planning to run as fast as I could, but had a feeling that the course would show me its true nature – of hilly ups and downs – this time.

I didn’t take very many photos of the course itself, so if you want to see some pics of running on Golden Gate bridge, head over here and enjoy. For everyone else, here’s what happened at the US Half marathon this year.

If someone can drive you to the start, or you can walk or take some sort of public transportation, do it. Parking is tough in that area and traffic is a nightmare, especially if you’re running late. I arrived around 6:30 a.m. (half an hour before the race) and was lucky to find street parking just two blocks from the start! As soon as I locked up the car and fed the meter my credit card, I trotted over to the start area, where I was greeted by massive porta-potty line: 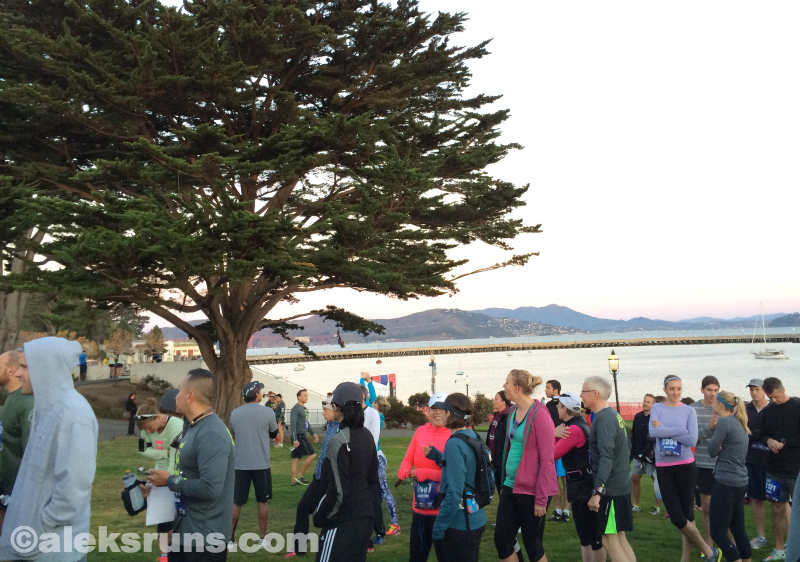 I believe this was the first time ever I enjoyed waiting? I mean, look at this view.

Not too shabby, San Francisco!

Bag check, though, wasn’t such a success. It was pretty close to the porta-potties and the Start line (and, in all, this race is quite well staged, with everything set up close together), but the line was insane. And when I say insane, I really mean no one, two or even three panoramic photos could document it. At least 300 people long, if not more, and it was moving slowly. With just 15 minutes to start, I decided to run back to the car and leave my stuff there.

Ran back to the start (great warmup!) and, seeing how this is a relatively “small,” local race – if 3,500 people is small to you – I managed to implant myself right in the very front. Seriously, see how close to the start line (arch) I was: 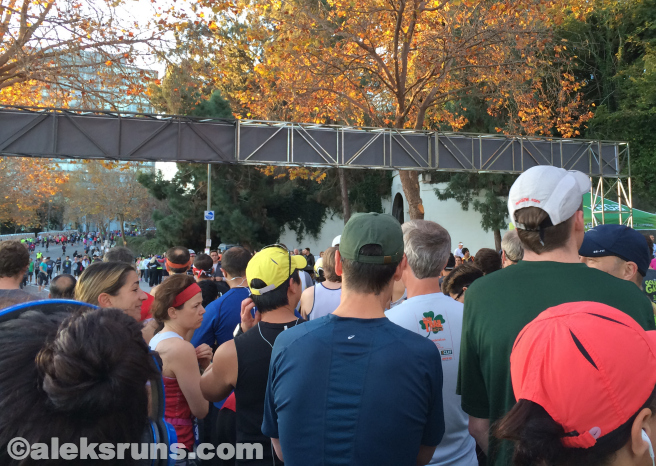 Those little people figures in the background are runners walking to the start (no doubt after waiting in line to check their bags), while behind me were thousands: 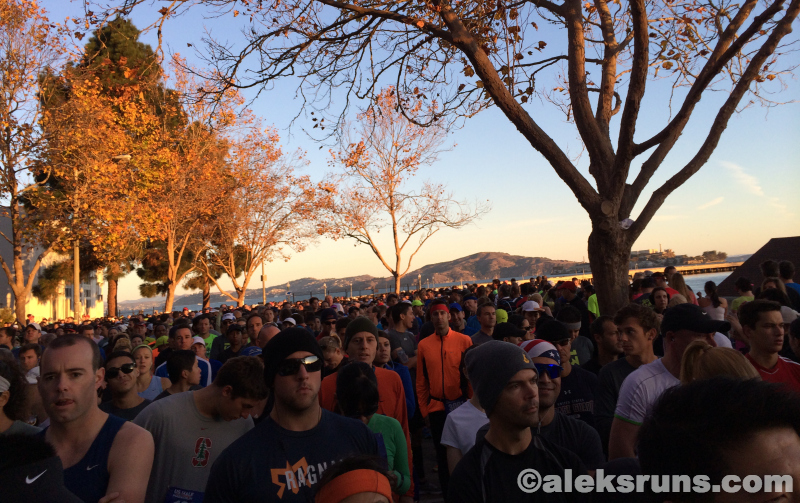 We started right on the dot, and what can I say: I might have gotten carried away in the energy and overall speediness of the surrounding crowd.

The course for this race is beautiful. Amazing views are to be enjoyed every single mile: the Golden Gate Bridge, the ocean, the mountains of Marin County, the city skyline, Alcatraz. It’s all great and beautiful, and can maybe distract you a bit from the pain of all the climbing.

Because if you ever do this race, you must know: there is climbing. And if anyone tells you the hills aren’t so bad, they’re either hill beasts, or they’re lying.

As soon as you get past Mile 3, you begin a slow, torturous trek up to the bridge. It’s not that the climb itself is that massive – it’s something like 215 ft total – but the way it’s broken down into two can really kill you mentally. You go up, up, up – when does it end?? – up, then finally, a reprieve: downhill. Until, that is, you have to head right back up again.

All this happens over two miles, and at Mile 5 you enter the bridge. Then you keep climbing, of course – or it feels like it, a very gradual incline to the middle of the bridge – all while being beaten up by a pretty solid wind.

Just try to ignore all that and enjoy the fact that you’re running on the Golden Gate Bridge and it’s amazing, beautiful, fantastic!

The course then takes you down off the bridge – just for a quick turnaround to the other side and back on the bridge. This is where you get to see the prettiest of all the sights: 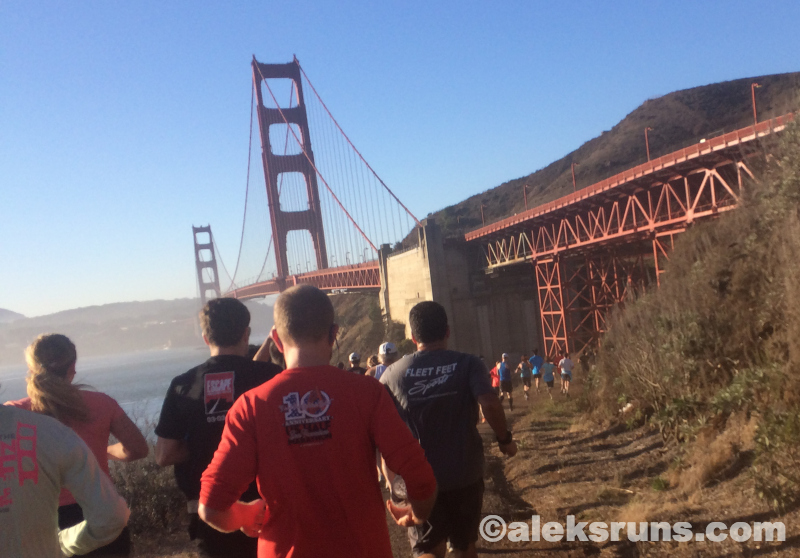 The Golden Gate Bridge is beautiful, I’ll be the first to admit, but experiencing it among a group of runners and the sound of feet pounding on the dirt road – now that’s something else!

All the climbing had slowed me down quite a bit, meanwhile, along with the fact that I had forgotten to restock my gels and my nutrition for this race was GU chomps. And I discovered that I am physically unable to chew the darn chomps while running and had to take walk breaks twice! (Not that I didn’t appreciate them, though, can’t lie!)

Miles 8-10 are kind of tough. That long stretch of dirt road may be flat, but it just seems to go on forever when your legs are tired! By Mile 11, I was actually craving a gel or any sort of sugar boost, but I was out of chomps all the volunteer stations had was water and a watered-down energy drink.

Lesson learned: always get to the start line with all your nutrition lined up! Miles 11 to 13 seemed to go on forever, one tired, sort of hungry daze!

Finally saw the Finish line and picked up the pace, trying to squeeze in under 2 hours. But sadly, that wasn’t meant to be this time: 2:00:21! Of course, those 21 (well, 22 technically) seconds are irritating, but overall, I didn’t do so badly:

The medal was fantastic and very, very sparkly! 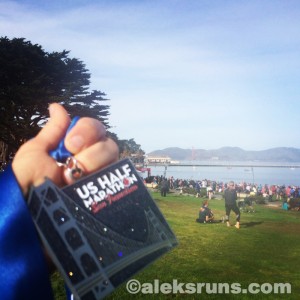 {Are you following me on the Instagrams, by the way? AleksRuns: guilty of updating her Instagram account way more often than her blog!)

But the post-race food left much to be desired. Sure, there was water and the US Half free “bottles” (the “pouchy” kind this year): 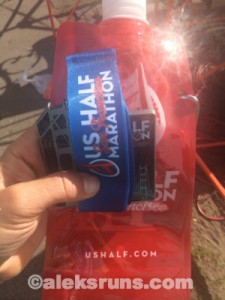 But all they had to eat was some sort of pita-pocket type sandwiches (filled with cheese and/ or ham), with chocolate milk to water it down. As someone who doesn’t do meat/ dairy, I was disappointed to not find a single banana or bagel.

Good thing Starbucks is nearby, right? I headed right over, changed into dry clothes and proceeded to put five packets of brown sugar in my Grande Americano. (I did try to order my usual post-race treat, a Venti Soy Hazelnut Macchiato, extra shot of espresso, but they were out of soy milk!) 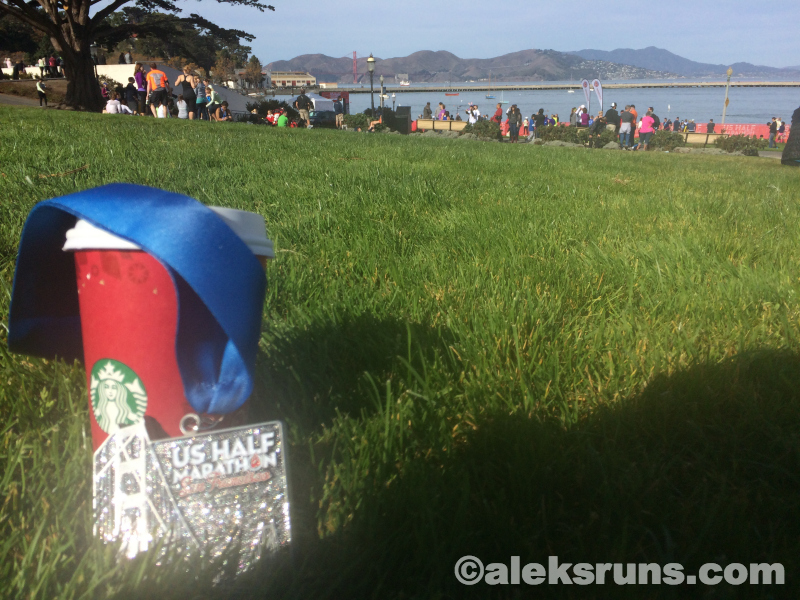 Will I be back next year?

Are you kidding? I’m going back there this very next week, for the Mermaid Run San Francisco, a 10-mile course that’s so similar to this one, it will be deja vu all over again.

Like I said: If you get a chance to run the Golden Gate Bridge, don’t pass it up!

3 thoughts on “The US Half Marathon”