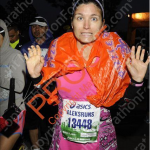 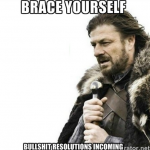 I call bullshit on all of that. 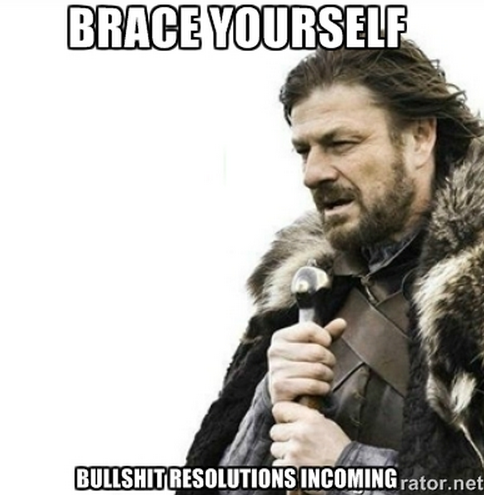 I tried it last year. I set some very specific goals – and even came up with Plan Bs for all; you know, just in case.

2013 Resolution #1: Next year, I want to run two marathons and ten half marathons.
Plan B: Really, I’ll be happy with one marathon and, if possible, a half marathon each month — as long as I’m healthy and injury-free.

What really happened: I discovered triathlon and fell in love! And I sort of did Plan B (I think)? I ran the LA Marathon in March, and ran a half marathon (or longer) every month of the year, save for December. That’s a total of nine half marathons, one 18-miler, one Ragnar Relay (total of 18+ miles spread over three legs), and 17 miles of the Big Sur Marathon, which I ran in a relay team. Throw in five triathlons, as well: two Olympic and three Sprint distance.

On paper, I did not meet this goal. In reality, for all the races I chose to do, the year could not have been more awesome!

2013 Resolution #2: I want run a marathon in under four hours.
Plan B: I’ll be really happy if I finished in 4:09 — which all calculators tell me is reasonable given my fastest half marathon time this summer.

What really happened: FAIL! I ran 4:25 in LA, then rather than signing up for a second marathon, I focused on triathlon training — and I do not regret it one bit! I may run a sub-4 marathon one day, who knows. But it most likely will not be in 2014, and that is OK! My sole focus this year is finishing Ironman 70.3 (twice) – with absolutely no goal time attached.

What really happened: Um, would’ve been helpful if I’d weighed myself and recorded that weight at the end of 2013? I think I’ve lost five or so pounds, mostly because I gave up meat and have been doing two-a-days like a boss (a regular part of triathlon training). I’ve also cut my half marathon PR by more than four minutes this year, to 1:54:38 at the local Turkey Trot. A new 10K PR came, too, at 49:58 (a sub-50, ha!). My clothes fit well, including my pre-baby jeans. What more could you want?

What really happened: This actually happened, much to the surprise of my friends, family, coworkers and all baristas in Silicon Valley.

I used to drink four or more cups a day and went down to just one for several months after I did a three-day juice cleanse. Now I’m back to two (very, very rarely three), so there you go: cut in half!

So technically, I’ve achieved just one out of four resolutions I made last year. And, for all the running talk I talked, it was the coffee one that got done. Big fail, right?

Um, no. I just got caught up on setting stupid numerical goals that, at the time, I thought important and worth working hard to achieve.

Now I know better. I know that life gets in the way. You get injured – or you discover a new sport and throw yourself into it. Should you stick to the original plan just so you can “achieve” those resolutions? Heck no. Do what makes you healthier and happier!

No matter how many miles and how many races I run, my one and only goal will be to get to the start line healthy and injury-free, and finish the race happy, with (hopefully) just enough left in the tank to give my family a big, sweaty finish-line hug. Plan B? It would make me really, really happy if I looked good in at least one race photo.

Have you set any goals or resolutions for 2014 yet? What are they?

Today’s workouts:
Swim in the morning, 1550 yards in about 35 minutes. That included 200 yards kick, which always slows things down a lot. The rest was 100s that were supposed to be speed work, but I felt stiff, sluggish and so, so slow. The skiing & skating this week, and sitting in a car for most of the day yesterday have something to do with it.

In the afternoon, a 90-minute run turned into a super pleasant 10-miler.

Pace was slow: this was supposed to be an RPE 2-3 run (rate of perceived exertion, on a scale of 1-10), but my heart rate stayed exactly where it was supposed to be (Dr. Maffetone would approve!) und keeping it low for that distance was not a problem. Feeling pretty happy about it!