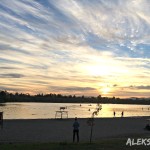 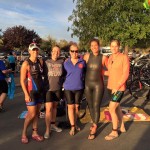 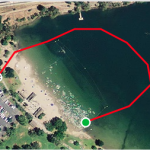 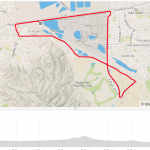 What better way to end triathlon season than with a fun celebration of girl power, friendship and accomplishment?

This is what the See Jane Run Triathlon has meant to me for the past three years. (My race recaps for 2014 and 2013 are here and here). Every year, I come back to this race with three goals:

The See Jane Run Tri did not disappoint this year and I checked all three off my list!

The beautiful sunrise greeted us as we rolled our bikes into the transition area at Shadow Cliffs Regional Park: 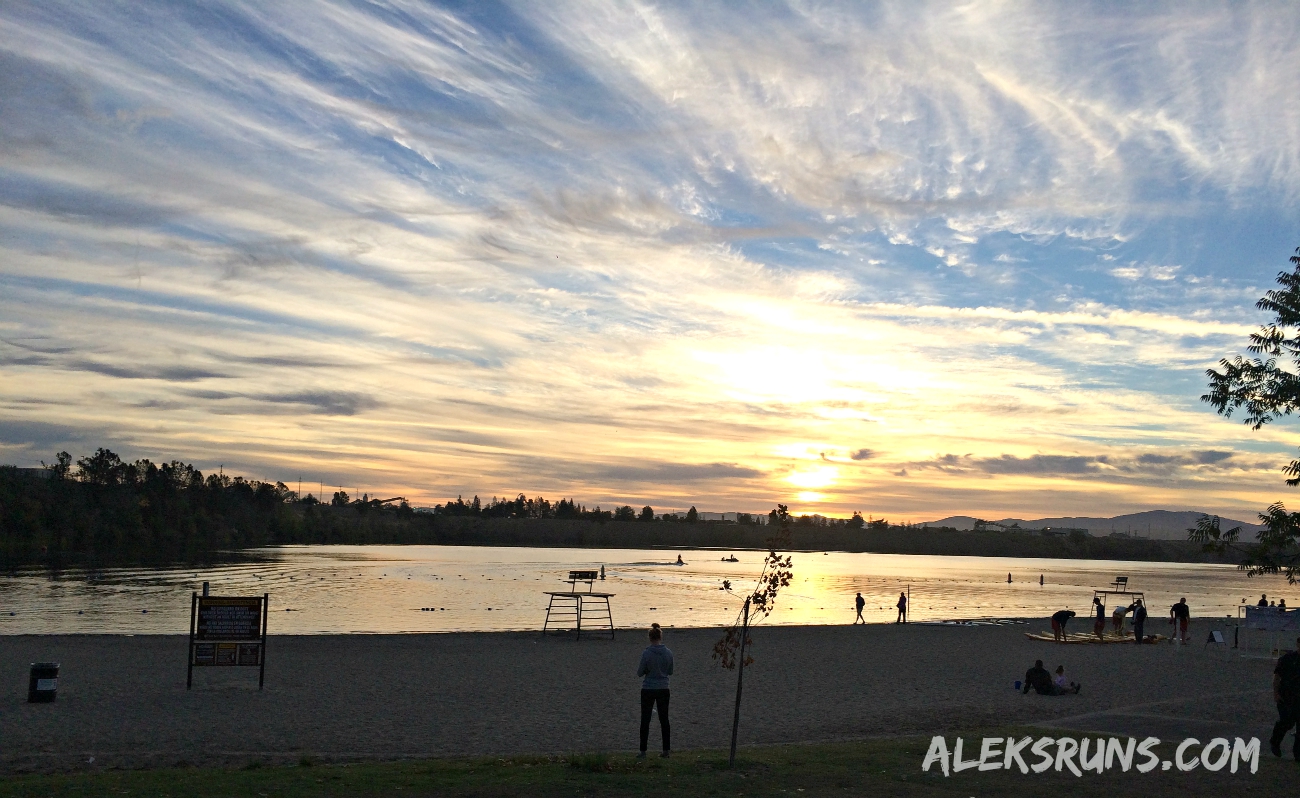 I got my race packet with no hassles whatsoever (race-day pickup is the best, isn’t it?), racked my bike, got body marked, went to the bathroom a few times (a real bathroom, not a porta-potty: another valuable perk. Check!) — and met up with a few ladies from our San Jose Moms Run This Town group, some of whom were here for their first tri! 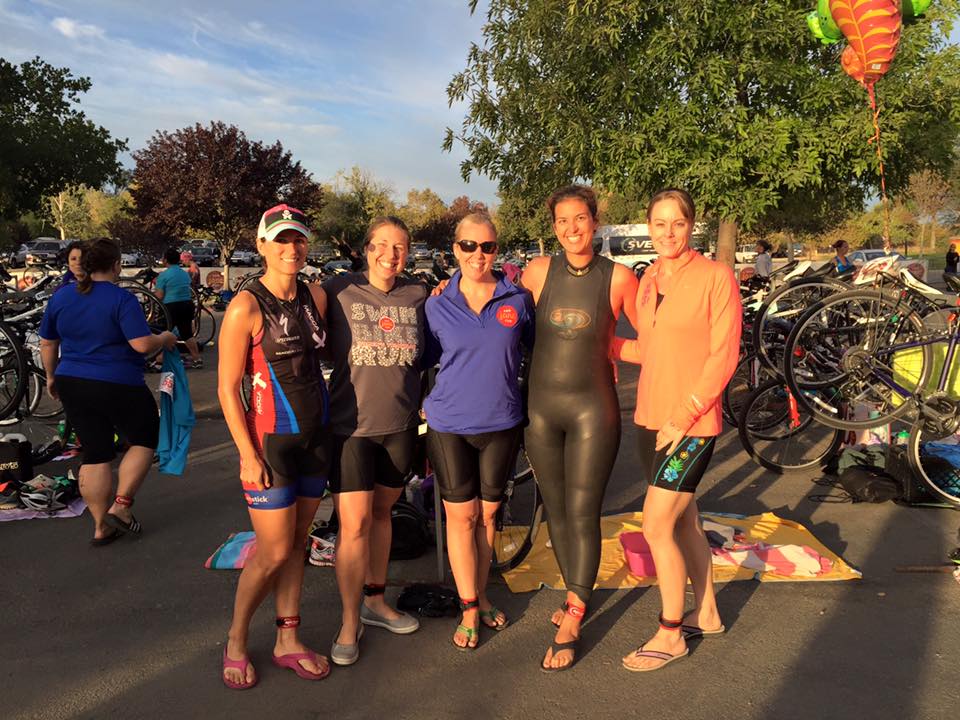 I overheard at least a couple other conversations among women there to tri their first, and one lady I chatted with mentioned how impressed she was by all the different ages marked at each woman’s leg: from 12 to 72! (Did you know, by the way, that See Jane Run offers free race registration to any woman who is 70 and older? How cool is that?!)

That is the best part of this race: so many women in one place, all celebrating friendship and excited about a fun morning ahead. There is none of the nervous energy or the “bro-talk” you might overhear at an Ironman event (“Yeah, man, I swam 5,000 yards in the pool the other day at 1:20 [minutes per 100 yards], went for a three-hour ride and a five-mile run.” – We get it, dude, you trained.)

But I digress. Back to the race! I had gotten here with at least an hour and a half to spare, but time flew! I headed out to the beach a few minutes before the official race start, what felt like mere minutes after arriving.

I admit, I was anxious about the quality of the water. For one, I saw quite a few sizable piles of goose poop on that beach! (Seriously, what are these geese eating? How big are they?) And it has been months – years! – since we’ve had proper rain in the San Francisco Bay Area. How low would the water be? How murky?

It turned out to be perfectly fine. The water was clear and I already knew to expect the thick plant growth on the lake bottom, very visible and even touchable as you begin swimming. Not to mention, it was at least a few degrees warmer than the air. In short: the race conditions were just right.

This was a “shallow water” start of sorts — we lined up about knee-deep and started running in as soon as we heard the start signal for our wave. The water level was higher than last year, but still pretty low – we had to “run” a bit to get to a swimmable depth. I jumped in as soon as I could and started pushing water like my life depended on it.

I’m not sure what exactly happened and why, but for the first time in a race, I actually felt strong in the water. Like I was propelling myself forward faster than usual. (Was it the beans I ate for dinner the night before, as some friends kindly suggested? Ha!)

I got to the first buoy fairly quickly, with only one “detour” — I didn’t sight all that much because the course is short – just 400 yards — there are no waves or currents, and I thought I was swimming in a straight line. Well, I wasn’t that straight, but I don’t think I lost more than 20-30 seconds repositioning. A second turn on the second buoy and we were swimming to shore.

The Swim Out timing mat was at the corner of the parking lot/ Transition area, so swim times included the short trek over. Then again, so did last year’s swim — and the top five women (some of whom were the same as this year, in the end) all swam at least a minute or two faster. So my best guess is that either last year the swim course was shorter than the prescribed 400 yards, or this year it was longer.

Out of Transition quickly and onto the bike. For at least 30 seconds on the Mount line, I had trouble clipping in my left shoe. It was so frustrating! First try, second, third, fourth: my clip kept sliding out and, of course, the more annoyed you get, the harder it becomes. Finally, I was safely attached to my bike and pedaling.

The next 11.1 miles were a breeze! Well, not really. It wasn’t easy, I had to make up lots of time, relatively speaking, that I lost on the swim — not just compared to the other gals in my age group, but everyone else. The bike course was already crowded by the time I got started.

The course has only one moderately tough climb to get over, but also a long, straight flat stretch of a couple of miles in the beginning, which makes it pretty great for picking up speed quickly. 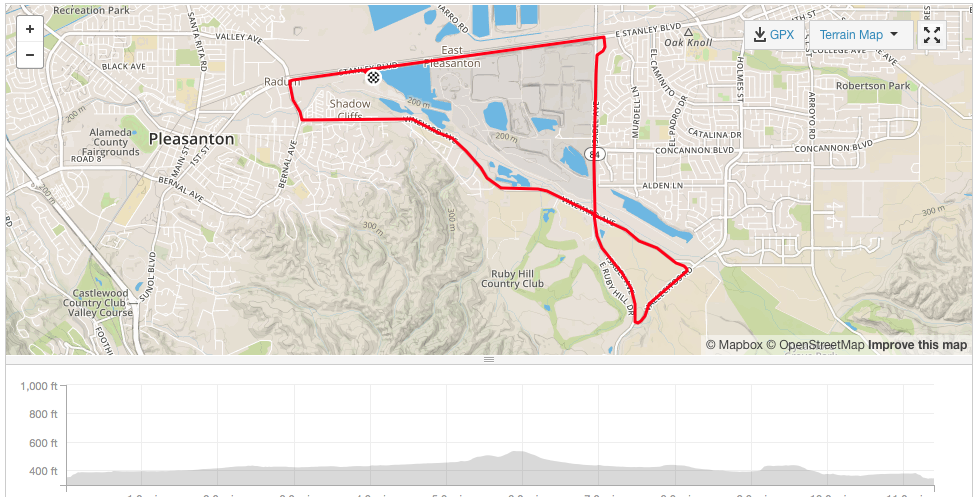 And so I did, only getting held up a couple of times behind slower bikes in one very narrow stretch of marked-off course. I would normally try to pass – safely – even on the outside of the cones if there are no cars or other bikes around, but in this case, our route went against traffic (we were on the left side of the road) and there was a long line of cars merely a few feet to our right. I remembered this section well from last year: not my favorite, but we were through it quickly.

I rolled back into transition with somewhat tired legs. The course might’ve been short, but when you push yourself to go fast… well, you may end up paying for it on the run!

I changed shoes and headed out on the run quickly, except I ran to the wrong exit and had to pivot, run in between a couple of bike racks and then head onto the correct run course. (Then I did one more wrong turn, but was quickly “repositioned” by a volunteer. Really hoping next year there are clear markings for run out and the start of the run course!)

I started out, as I suspected, on very, very tired legs. Basically, my legs were shot. I felt the ride, I felt the Santa Rosa Marathon barely a month in the past, I felt the 200-plus-mile months that preceded it… This was going to be my last race of the season, and I was quite ready and eager for it to end.

I was running my very best, wheezing and pushing, and trying so hard… and my Garmin was showing a 7:30-minute/ mile pace. I know I can run better than that, I have run better than that — only in March this year, I ran faster for the last 10 miles of the Livermore Half Marathon! But today was not the day I could pull it off.

So I just settled into doing the best I could, and wheezed my way through 3.1 of the most grueling miles I’ve had to run in recent history. Everything hurt – lungs, legs, feet – and the trail surface (the race is almost exclusively on fire roads that have little rocks) – felt punishing, not forgiving.

Finally – FINALLY – I could hear the music, crowd cheering and race announcer and rushed to the Finish. The best finish ever, for so many reasons, but not least because:

a) I saw my family had come to see me cross, after all! (I left so early in the morning, most everyone was still sleeping.)
b) I officially crossed the line into a now long-awaited offseason (HURRAY!), and
c) It turned out I was the 3rd woman overall. High fives all around!

ALL of this training, racing and all those PRs this year, and I managed to improve my See Jane Run course time by five whopping seconds. Well, I’ll take it!

See you next year, Janes!

Disclaimer: I am a race ambassador for See Jane Run. As such, I get free entry to the race for myself, as well as one free entry to give away to a blog reader. For everyone else, I have a discount code – SJRAMB236 – good for 25% off any event, or 10% off any purchase from their online store. (You can use this through the end of 2015 on purchases; for 2016 – come back later for a fresh discount code. I get no commission or referral fees — just the satisfaction of knowing I have introduced yet another powerful woman to a wonderful event and the amazing sport of triathlon!)

7 thoughts on “Swim, Bike and Run Like a Girl at See Jane Run Triathlon”