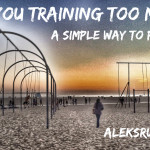 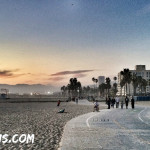 Chances are you know someone who runs their daily runs too fast, or doesn’t take adequate rest. They’re racing their training – and they’re not even getting medals in return. Instead, after getting better and faster for a period of time, the reward is feeling increasingly sluggish and tired. Running might become a chore, rather than a joy; mile splits start getting slower and the race PRs never materialize. It might sound dramatic, but overtraining syndrome is real — and don’t take my word for it, it was eloquently covered in this Outside Magazine article.

This weekend, though, I learned something cool: a simple way of figuring out whether you are training too much or too hard. Forget about heart rate monitoring, blood tests, or urine and poop analysis. (I’m kidding about the poop, but I won’t be too surprised if someone told me that’s actually a legit way to tell!)

Instead, look at your past few weeks of training and see if you are following the rule of Four Efforts. According to this rule, you should have no more than four “efforts” in any given week. An effort is anything that stresses your system — any exercise (not only running) that makes you gasp for air, or sweat buckets, or gives you the gift of sore muscles the next day or two. 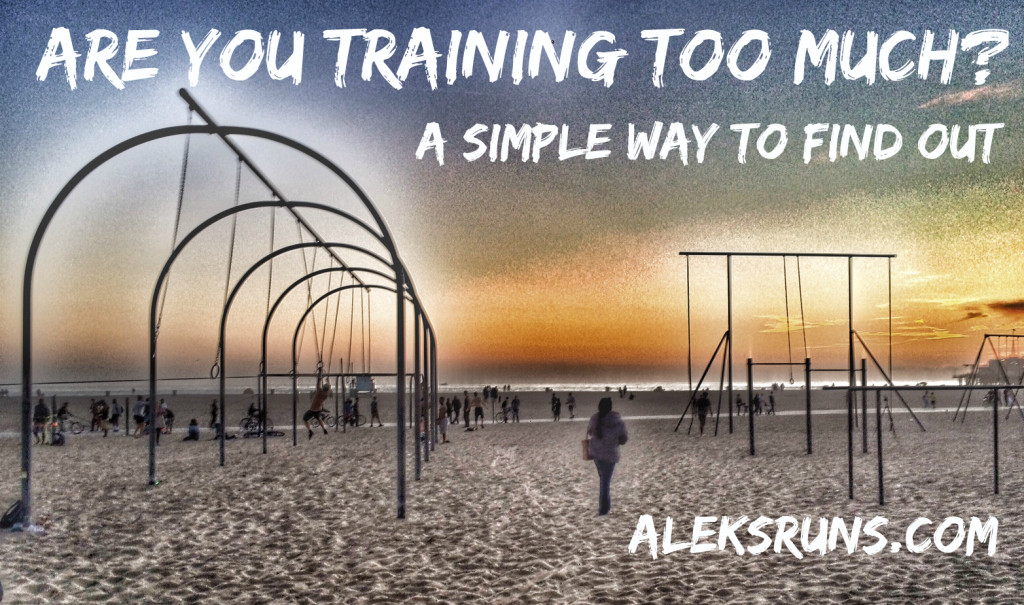 So let’s say you run three times a week, do yoga once a week, spin once a week, and lift weights twice a week: once after spin to work on upper body, and once as a stand-alone workout, when you focus on lower body. That’s a total of six days of healthy exercise. But because you’re training for a half marathon, you’re making sure you run all of your miles as fast as you can because you want to really get the most out of them.

So how many “efforts” is that? For a runner, that’s anywhere from six to seven, depending on the type of yoga. Hot yoga would definitely be an effort, gentle yoga at your local YMCA — maybe not.

How many efforts you should have in the week: up to 4

If running speed isn’t important to you and you don’t care about getting faster, that might be OK. Maybe you want to burn more calories to promote weight loss and you have a limited time you can spend a week on working out. Then high interval training might be the way to go.

But if you are focused on running – you are training for a race where you hope to run a personal best – then something’s got to give.

So what can you do? Here’s one alternative:

Add two runs for a total of five a week. Get rid of the weighs and spin – not forever, just while you are in this specific training cycle. Keep the yoga if it’s a gentler stretch-type thing, nothing that makes your muscles sore the next day.

Next, structure two – up to three – of your runs as hard or moderate runs. The rest should be at easy conversational pace, or recovery runs (on the days after you’ve had a hard-effort run). Recovery runs are sometimes referred to as “junk miles” – you just head out the door to run some super easy, low-effort miles. But those miles are nothing but junk when you structure them right within your week… except maybe they feel as good as eating junk food after a long run (yum).

Hard or moderate runs are typically a tempo, hills or interval (speed) workout, and long runs. So if you are training for a half marathon, in addition to your long run, you might have one tempo run where you will practice running a bit faster than race pace, some hill repeats to make your legs stronger, or an interval workout – usually half-mile and mile repeats (longer stuff, because your are training for a long distance race, after all). That, along with the week itself, makes four efforts — plenty for your body to be pushed and stressed, but not too much so it doesn’t have the time to recover and adapt.

So how do I do on the efforts test? Let’s take a look at my latest training week, eight weeks out of the Boston maratho:

Tuesday: Easy trail run. Keep the effort steady up the hills — meaning, slow down the pace so I’m not breathing too hard. A little over eight miles (8.2), followed by four 30-second strides to prepare my legs for the next day.

We drove to LA after that and with a crazy schedule there, I wouldn’t have time to do a long run. Hence the two-a-days on Friday.

Saturday: Easy evening run, from Muscle Beach to Venice Beach. Santa Monica is pretty at that time of day – but boy is it crowded: 6.2 miles of dodging sunset photographers, beach walkers, strollers and bikes!

Sunday: Short morning run with 4x 4 minutes hard effort and 1.5-minute recovery. A total of 3.8 miles. My legs were stiff from all the sitting on Friday and Saturday, so my hard pace was 7:20… kind of sluggish, considering it was for less than half a mile at a time. Despite the “hard” running, I’d rate this a moderate effort because it was so short.

So let’s see: I ran every day this week. (In fact, I’ve run every day since January 26, so you could say that I’m streaking…) But out of those seven runs, only one was a hard effort and two were moderate. Most conservatively, I had four efforts this week (counting the week itself), so here we go: it’s all good!

How many efforts do you do in a typical week?

One thought on “How Do You Know if You’re Training Too Much?”