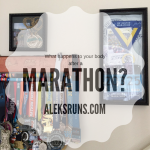 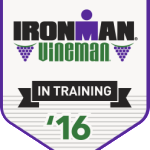 It’s been 21 days since the Boston Marathon and I am finally beginning to recognize my own legs. I also recognize the absurdity of counting days after Boston.

When you spend so much effort and focus on one single thing, though, it’s normal to be numbering your days “before” and “after,” don’t you think?

Many runners experience post-race blues after training for and finishing a big event. Let me tell you how I nip this phenomenon in the bud: I always line up more stuff to train for before I’m even done with the “big” one.

That is how, a few months ago, I found myself signed up for my first Ironman. So now I’m officially: 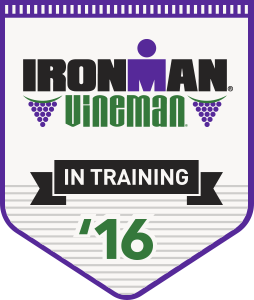 To be honest, I am currently questioning the sanity of this decision. It’s too soon! Too soon after Boston, which was a hard marathon training cycle, a tough race, and just a very emotional experience overall. And it’s just too soon, given my experience: this is only my fourth year in triathlon and even though I’ve completed four half-Ironman events and eight or nine short-distance ones, right now I am overwhelmed at the thought of basically racing all day long, double the longest I’ve ever raced.

To put it mildly, I really, really don’t feel like running another marathon in the next few months.

But selective amnesia is a real thing and I have faith that it will kick in, sooner or later!

For now, I have taken the first step towards moving on from the Boston Marathon:

That’s right, I decided to not spend a gazillion dollars on one of those official (and very sleek-looking, I might add) shadow boxes that MarathonFoto was offering up at the Expo, and make my own instead. I think it represents my marathon experience perfectly: It didn’t turn out quite as planned and it isn’t perfect — but I love it anyway!

What’s next for me?

First, a little sprint-distance triathlon to kick off tri season this coming Sunday. Considering the swim is 3/4 mile, the bike is 16 and the run is 5 miles, the event falls somewhere between Sprint and Olympic distance, which suits me just fine. Last year, I learned the hard way how difficult it is to switch from marathon mode to Sprint-distance 5K-mode in just a month.

The good news is, my legs are starting to feel better and my feet are almost better (I’ve been doing lots of strengthening exercises and massaging the plantar fascia and all that wonderful stuff… and by now my fellow soccer moms and dads are used to seeing me waddle on barefoot on the side of the field during games). The bad news is, I’ve only had three weeks of riding and swimming after a long break, so both those things are nowhere near prime for me right now.

Like my coach said, it will be fine, as long as you adjust your expectations.

In other words, let’s do this for fun and not worry about placing or even racing. Well, knowing myself, I will probably end up trying my hardest anyway: gotta do what you gotta do to earn that post-race beer!

The good news is, I have so many friends doing this race that I won’t be alone in my suffering. Here’s to a fun week and an even funner weekend to come! 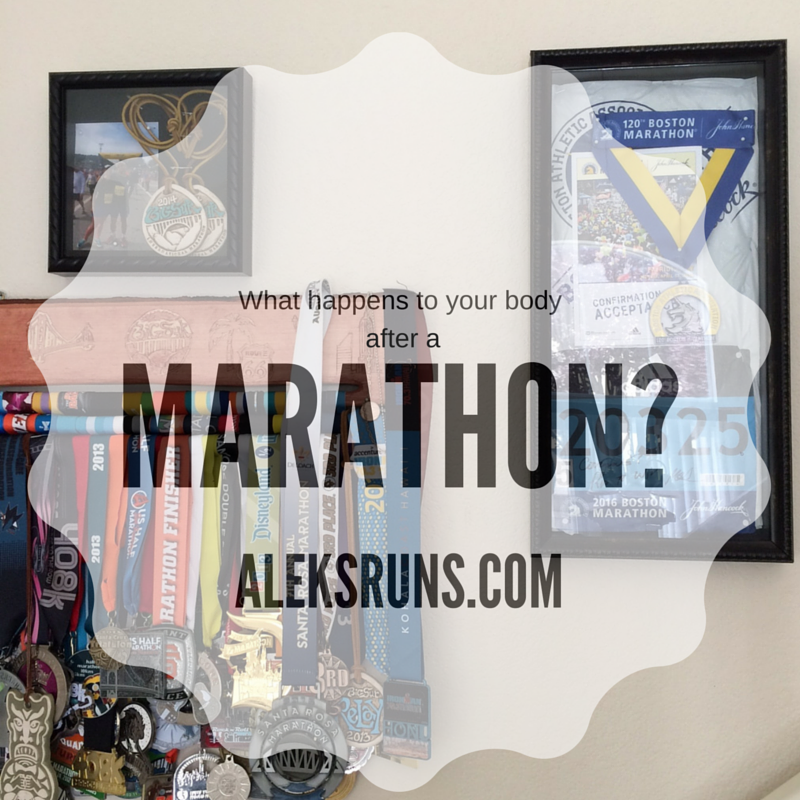 What happens after a marathon?

No matter how much we enjoy the endorphins and feelings of accomplishment after we’re done, let’s face it, marathons are hard. So what happens to our bodies after a marathon? The reactions described below are based on personal experience, as well as reading and hearing from other runners share theirs. They are all perfectly normal and to be expected.

Did I miss anything? How did you feel after your latest big race?