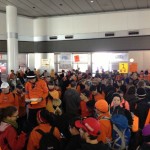 This photo is making the rounds today, quite deservingly evoking gratitude, kudos and blessings from around the web. These runners came to New York City from all over the world to run its streets, but will leave it having done something even better. They helped the city get back on its feet.

That so many marathoners headed to Staten Island to help the relief effort didn’t surprise me at all. Have you met a runner? I dare you to find one – someone who loves running, and who is also mean, narrow-minded, annoying, or in any other way unpleasant to be around. It’s as likely as procuring an egg if no chicken existed. Or vice versa.

To be a runner, you have to persistent and able to give more of yourself than you thought you had. Especially after mile 20.

Runners are healthy and strong, and a strong body means a strong mind. Runners are smart.

Runners set goals and complete them, then set new and tougher ones.

Runners are giving to others. Just think of the millions of dollars collected for charity through running.

Runners are happy. How can you not be, when you’re making all those endorphins on a daily basis?

How runners helped Staten Island today, via Buzzfeed. Look through all the photos without tearing up: it’s a dare.

Ran a “10k” for New York City today. Would have gone for 26.2 if I could, but that would be a bit premature (training for LA Marathon officially begins next week!) Still, an “Empire State of Mind” kind of run. 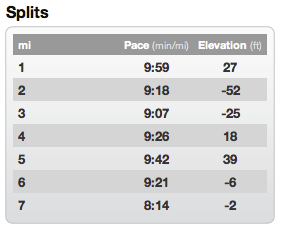 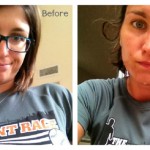 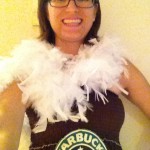 In case you haven’t heard yet, this happened today:

Whether New York City and NYRR should have continued with the event has actually become quite the hot issue today. Just read the comments here. And here.

The overwhelming concern is that it would be “too much, too soon.” Insensitive to those who have lost their homes or are yet without power. Draining much-needed resources — police, firefighters, medics — who would need to be reassigned to monitor road closures rather than help with recovery efforts.

NYRR, on the other hand, have said they will lean more heavily on private contractors for logistical support. I hope they do. It’s true that the NYPD is critical to the success of the event, and likely their efforts will still be needed elsewhere in recovery efforts. Perhaps NYRR can fill in any gaps with private contractors? Volunteers?

May I suggest, too, that NYRR direct all profit generated by New York City Marathon registration fees to recovery efforts? Not portions of it, but all. Specifically for recovery efforts. Right now. END_OF_DOCUMENT_TOKEN_TO_BE_REPLACED 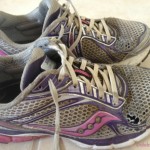 You know what this means? Many things, but mainly: END_OF_DOCUMENT_TOKEN_TO_BE_REPLACED