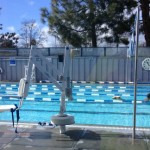 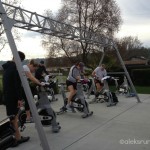 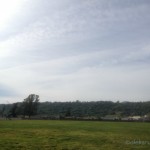 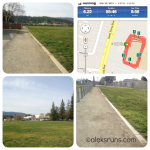 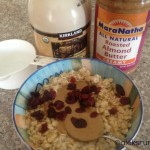 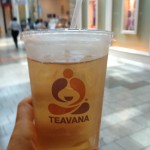 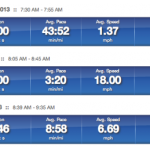 Mine started bright and early with swimming, spinning and running. It’s the first time ever I’ve done all three one after the other, so you could say I did my first unofficial triathlon.

Or is that too lame? I really want to do this tri-thing like I’m one of the cool kids, you know?

The coolest kids, of course, are in my new Tri-club – and we did all that stuff together, so I’m going with “not lame.” 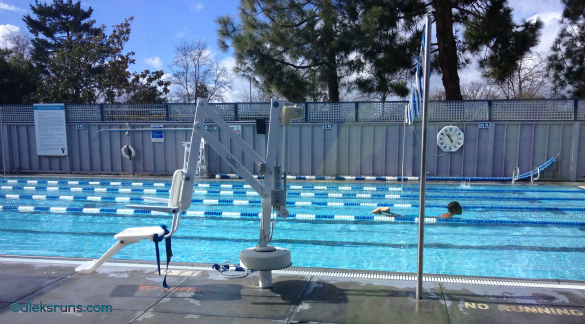 Then we headed over to the back patio for a spin sesh. How jealous should you be of this outdoor setup if you live in a colder climate? Very jealous:

My view for the next 40 minutes or so:

That’s not entirely accurate, actually, because I spent most of that time looking down, dripping sweat on the spin bike:

Even sweatier was running a 10K right after that. Legs felt like jelly for at least half a mile, then got progressively heavier. It didn’t help – or perhaps it did? – that I ran the whole thing in a quarter-mile loop. That’s right, 25 laps right here:

The run part was actually the J.U.G.S Pink Ball Virtual 10K I signed up to do for a fellow mother runner and a four-time cancer survivor, who is running the non-virtual half marathon this weekend in Walla Walla. Go Melanie!

Roughly two and a half hours later, I was back home, eating this breakfast of champions: 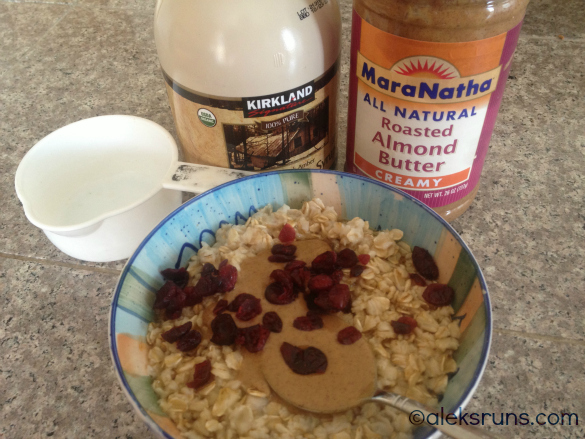 1 cup old-fashioned oatmeal
1 cup water
> nuke for 1:30 min in the microwave
add 1 tbsp almond butter
pour down some maple syrup
add raisins or dried cranberries if you like
mix

Finally, if you’re on Starbucks’ email list, you’ve probably received a coupon for a free cup of Strawberry Rose Champagne Oolong & Peach Tranquility herbal tea at Teavana, which they recently bought. (If not, print yours here.)

I’m not really a tea person, but I’m totally a freebie person, so off I went to truly test my caffeine withdrawal and drink tea!

Did you know that oolong is a type of tea like “black” or “white” or “herbal”? Did you?

I asked the kid at the Teavana store if the “rose champagne” tea is white or black. She said “it’s oolong,” and I said, “yeah, but is it black, or white? Or [wrinkles nose like something smells bad] herbal?” And she said, “No, it’s oolong.”

Then I told her that really, I only need to know if the rose tea has caffeine in it, and she said yes, yes it does, looking at me like I was a crazy coffee lady. Which I am, so no hard feelings.

And the tea was not half bad. I predict it won’t be long before Strawberry Rose Champagne Oolong tea becomes the new Grande Triple Soy Skinny Vanilla latte. You read it here first.

4 thoughts on “Things I Tried Today”