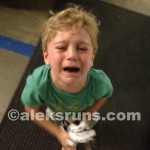 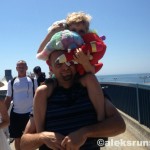 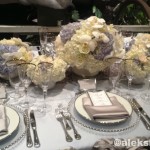 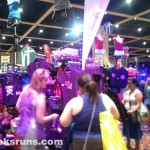 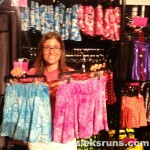 Greetings from the Happiest Place on Earth! 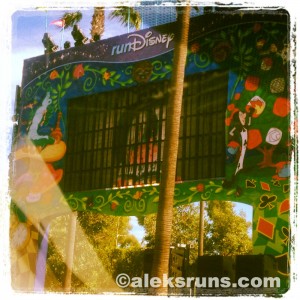 Disneyland Half Marathon weekend is upon us and we’re here, with 27,000 other runners. With all those endorphins, just think how much happier it’s all going to get!

You mean, this happy? 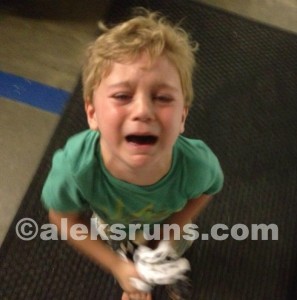 Mm-hm. That was his reaction when we told him we’re going to Disneyland. I’m not even kidding.

In his defense, we spent the morning at his favorite place in the world, the Santa Monica Pier. There, we acquired no fewer than five stuffed animals, having played a gazillion ball toss and balloon pop games. 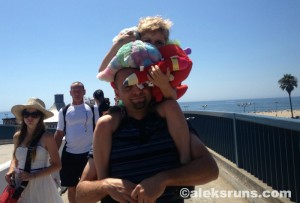 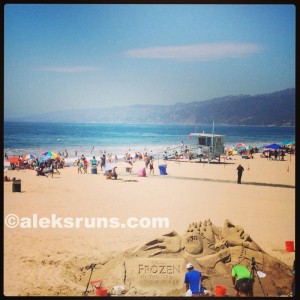 So anyway; five stuffed animals, one parking ticket and the above “I-refuse-to-leave” face later, we headed to Anaheim, Calif.

First order of business: the Expo

I have to say, I was impressed. Very well organized, plenty of space for everyone and no lines! With 27,000 runners altogether, that’s quite a feat. 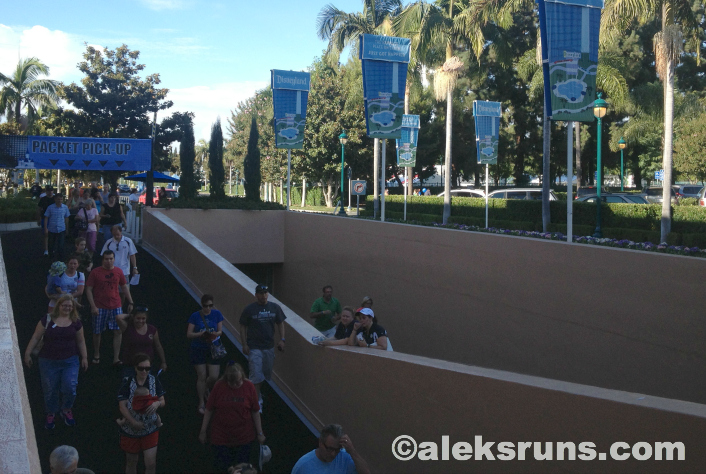 The bib pickup area was one level below the expo itself, in a very, very large hall. Kind of drab, but who cares: it was super efficient. Took me less than two minutes to print and sign two waivers (for myself and the cranky one – whose mood considerably improved once we actually got to Disneyland, I might add). And bib pickup was just as quick.

[I will totally regret putting this picture online, possibly as soon as tomorrow morning.] Those are the commemorative Mickey ears for the little ones, in case you’re wondering. And check out my bib. I may not have been able to get into the Dumbo Double Dare (that thing sold out so quickly), but that number is definitely double-lucky!

Next, we headed upstairs for the fun part: Merch! I have to say, again: pretty cool stuff in the merchandise hall. Like table service for everyone: 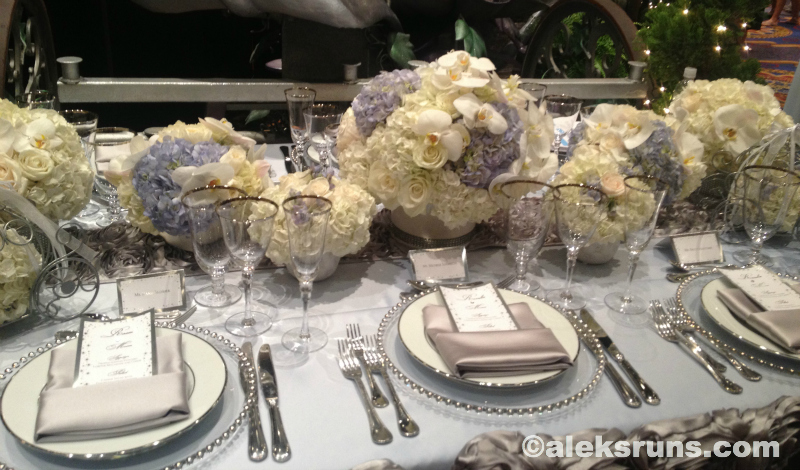 Eh… no, that was just Cinderella’s carriage and royal table. 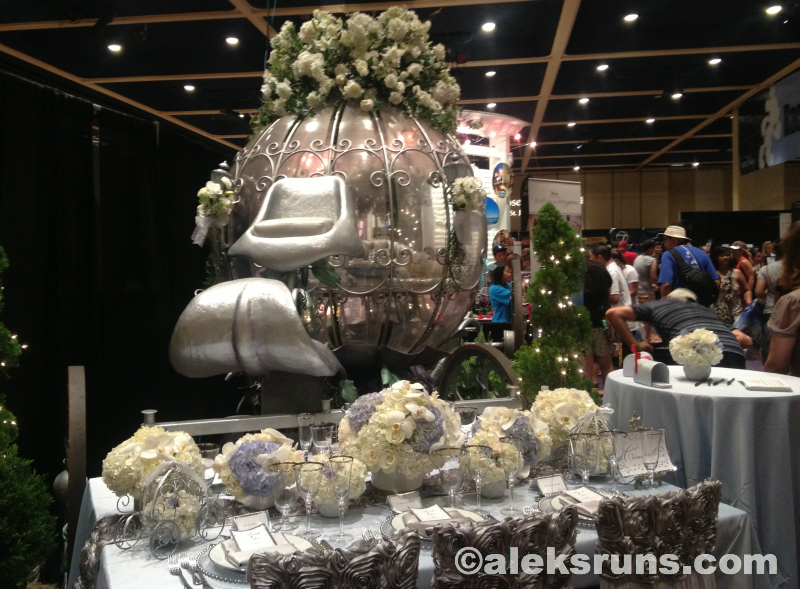 The rest of the exhibit hall was pretty pimped out, too! 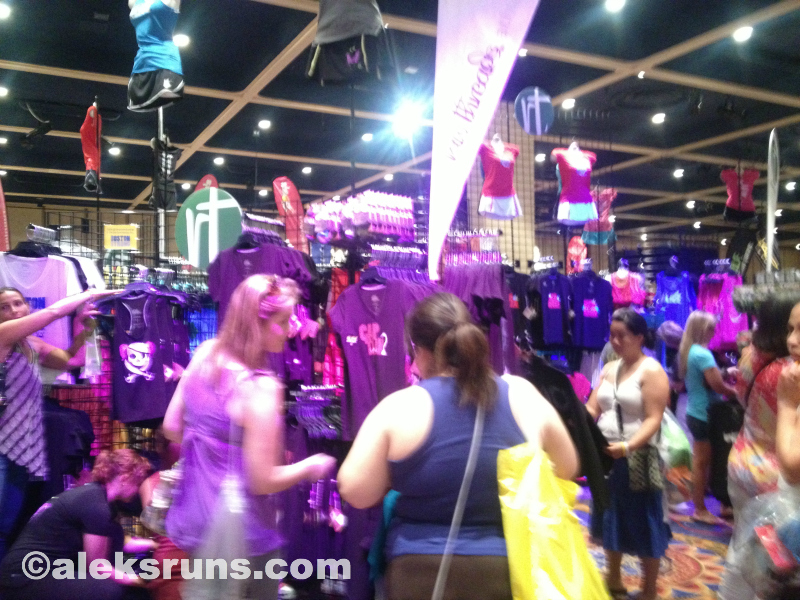 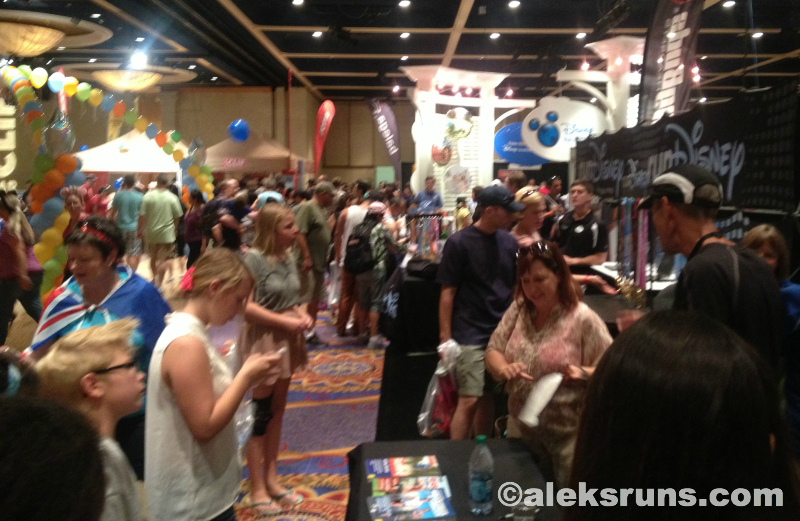 And not least, the Sparkle Skirts booth… Sigh. I may have gotten a wee bit carried away there. 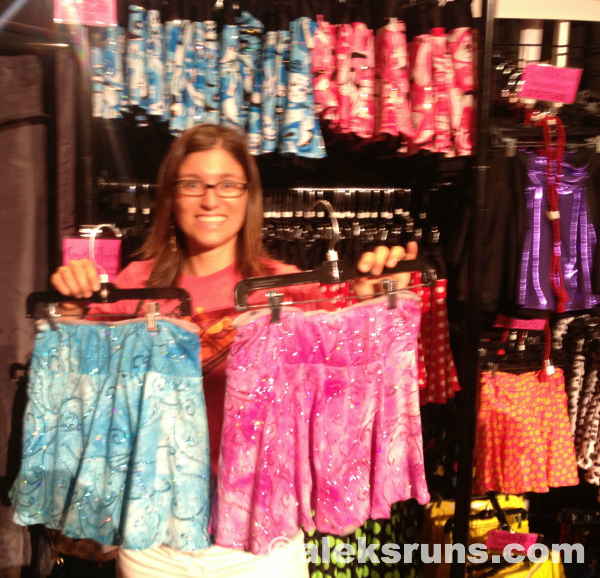 Wearing one of those two (guess which one I picked!) at the race, and another one (not shown, but even sparklier) at the Kids Run and around the park tomorrow, with a matching headband.

Oh well. When in Disneyland, might as well sparkle!

10 thoughts on ““I Don’t Want to Go to Disneyland!” Expopalooza”