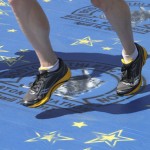 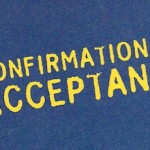 You trained hard. You ran a Boston-qualifying race.

But today – September 22, 2015, the second day of the second (and last) week of Boston Marathon registration – you are still not sure if you’ll get in.

You belong to a relatively small group of runners – last year there were 10,000 at this stage, according to Runner’s World – vying for 5,000 spots remaining in the 2016 race.

You’re a Boston Marathon squeaker… hopefully. So am I. Nice to meet you!

In the next few days, those of us who qualified for the Boston Marathon by less than five minutes within their age group standard can only hope that the numbers work out in our favor and we get the coveted email with acceptance confirmation.

In the meantime, there’s little we can do but crunch the numbers.

Boston squeakers: by the numbers

The popularity of this iconic race is surging. Runners seem to be getting faster. Interest in the race is on the rise, with more applicants each year.

As in the two years before, in 2016 the Boston Marathon will get more applications than it can accommodate, so runners are admitted based on their BQ time: fastest first. The process is fair, but heartbreaking for the slowest qualifiers.

In the table below, I compiled key stats for the past two years. Then I used the numbers to guesstimate the approximate margin one might need to get into the race this year.

This estimate doesn’t factor in many unknowns — for example, there are fewer spots for Week 2 applicants now than in both 2015 and 2014, and the number of applicants might be higher (I am using 13%, which is the difference in applicants for week 1). Not least, everything depends on how fast qualifiers ran. Were there more people who qualified with a 3-minute margin than with a 30-second one? That will skew the cutoff time.

In short: this may not be accurate at all. I’m just crunching numbers, passing time. Take it with a thousand grains of salt, at best.

Take a look at this blog, which uses a different methodology, which is much more detailed and very possibly more accurate than mine. It currently pins the cutoff time at 91 seconds. That’s better, but of course, for those who worked hard to qualify but won’t get in, it’s little consolation.

Best of luck to everyone!

[tweetthis]Will you squeak into @bostonmarathon this year? @Aleks_Todorova crunched some numbers. #runchat [/tweetthis]

3 thoughts on “Will You Squeak Into Boston This Year?”