Q: How do you know someone is training for a marathon?
A: Don’t worry, they’ll tell you.

The runner who is training for a marathon will probably talk about their long run — because everyone knows that the long run is key to marathon training.

They might also talk about their weekly mileage, because let’s face it, saying something like, “I ran 45 miles this week” tends to impress.

{This is where the conversation partner might respond, “45 MILES? I don’t even like to drive that far!”}

When you’re training for your first marathon, worrying about the long run getting longer and the weekly miles piling up is enough. But when you move onto your second, third, fourth marathon and beyond, and begin chasing those alphabet-soup goals – PR, BQ – you’ll have to step up your game.

Here are four workouts — or rather, marathon training principles — that enable runners to take their training up a notch. 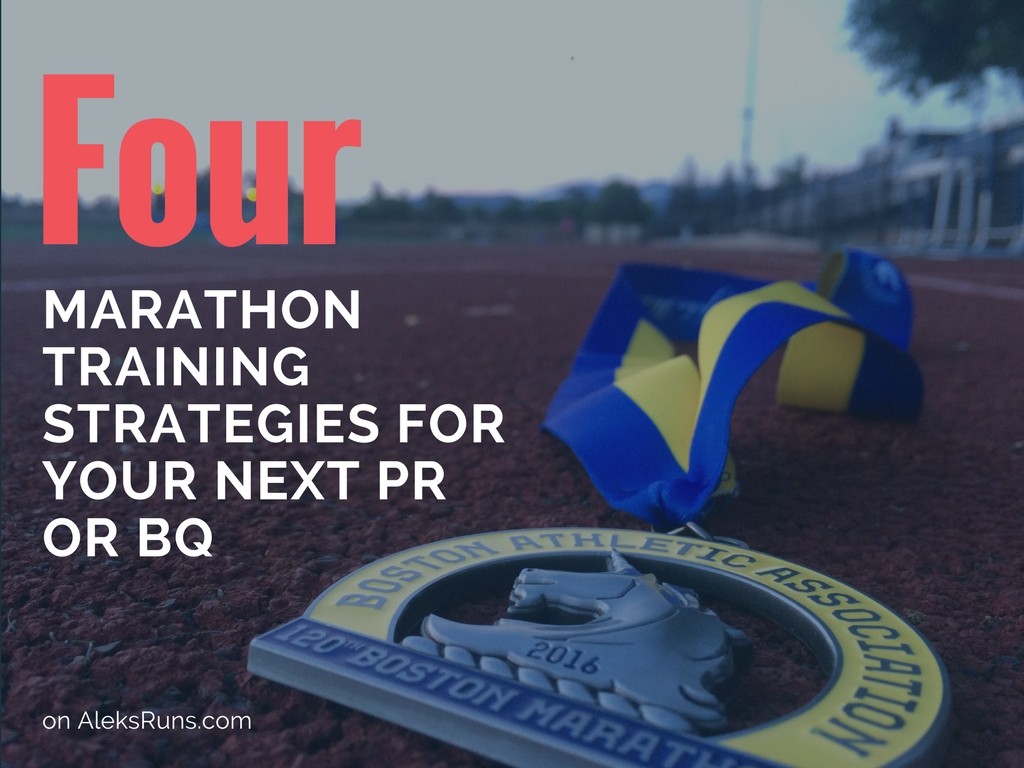 1. Run the day after a long run

Back-to-back long runs are a staple in the training of ultra runners and those preparing for multiple-day races such as Disney Running’s Dopey Challenge. But you don’t have to be training for a 50K (or longer), or running a 5K-10K-13.1-26.2 on four consecutive days to take advantage of the benefits of running the day after your long run. Those include, but are not limited to:

How to do it:
On the day after your long run, get out for anywhere between three and six super-easy paced recovery miles.

The benefits of two-a-days are similar to those of running after your long run: added endurance, mental strength, and not least – it’s a way to add more time on feet as you work on building your total mileage.

How to do it:
The first run, preferably in the morning and typically 40 to 60 minutes long (but could be longer, depending on total weekly mileage), is a structured progression or negative-split run. Put your legs through the paces, starting at an easy warmup pace for 15 minutes, then pick it up each 10-15 minutes, running the last block at a pace that feels hard. The second run, at least several hours later and preferably in the evening, is a super easy-pace short run. Just get out there and run on dead legs. Alternatively, run a fartlek in the morning and a shorter, easy recovery run in the evening. The first run is usually harder, but not as hard a workout as, say, mile repeats on the track or a tempo run.

3. Throw some intervals into your long run

Assuming that you are going out to run a distance that you have built up to already – i.e. if you have a 16-mile run on your schedule, this is not your first time in a training cycle running 16 miles – add some short fast-pace intervals in the beginning and towards the end of the run. Benefits include recruiting different and more muscle fibers, working on mental toughness, and emulating what the last few miles of a marathon feel like.

How to do it:
Break up your long run into four parts. The first is a two or three-mile warmup at an easy pace. The second part is four to five intervals of five minutes running at threshold pace (a pace you could sustain in training for 20-30 minutes, but hardly longer), with two-to-three minutes of easy pace in between. The third part is even-pace running at your typical long-run pace, and the fourth part is another block at four to five times threshold intervals with recovery. The last recovery interval can be longer, 10 to 15 minutes, and you’re done. Assuming you do this on runs of 16 miles or longer, you better believe that the second threshold intervals block will feel similar to miles 22 to 26 of your marathon!

Alternatively, instead of fast and short threshold intervals, add some two- to three-mile blocks at or slightly below race pace, with a mile recovery at easy pace in between. It’s a way to practice race pace in a safer way than doing it in 10-mile or longer chunks of your long run, which might challenge you too much and compromise recovery.

There is nothing special or complicated about the easy run, yet many people neglect it and run all or most of their runs harder than they should. So it is worth saying this time and again: running easy will not slow you down! On the contrary, slowing down might just make you faster, because it will give you more adequate time to recover. This way, you can put in the hard work where it matters: the long run, the tempo run, the progression run, the hill repeats. In between these workouts, run slow and easy, keep that blood circulating round your legs, but don’t beat them up — you’ll need them later.

And that’s about it: four marathon training principles that can help you step up your game. Train with purpose, race with heart – and go get that PR!