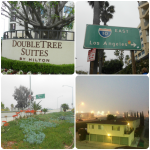 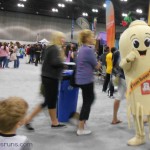 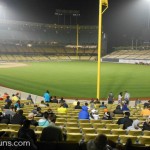 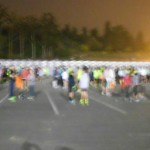 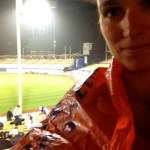 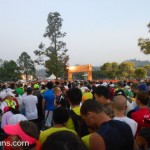 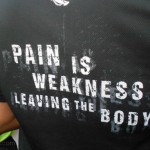 I started writing this Los Angeles Marathon review last night and kept going… and going, and going, until I realized it’s most definitely turning out more than 26.2 miles long. And you can’t have a review that’s longer than the race, now, can you?

So I broke it down into two parts. Part one, right here, covers everything up to the starting gun. Part two will cover everything else, from the Start line to mile 26.2.

The LA Marathon expo was like any other big-race expo – hosted in a convention center, lots of merchants, lots of samples and gear for sale. And a Korean ginseng. 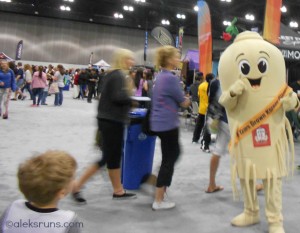 [Apparently a miracle plant and mighty pricey. But I digress.]

If you’re flying to this race, you don’t need to bring your GU or Nuun: plenty of those there, along with some other brands. (Though I didn’t see any PowerGel/ PowerBar, so if that’s your nutrition, prep your Ziplockie or check the exhibitor list in advance.) Head over to my LA Expo blog post for more details and photos.

The race organizers had a huge list of hotels offering preferred rates for runners, which was great! The one I picked… eh, not so much.

We stayed at the Doubletree Suites Santa Monica. It was close to the Finish area (important!), generally in a nice location — walking distance to the Promenade and the Santa Monica Pier, but technically built right next to the freeway. The floor was shaking ever so slightly from all the traffic!

If we ever visit the area again, I’ll probably seek out a different hotel — and do some research this time! (I must say that the hotel staff was super, super nice, though; it was the location and amenities that threw me off. For nearly $300 a night, including all the taxes and paid valet parking, I expected more.)

I signed up to take a shuttle bus from Santa Monica to the start at Dodger Stadium. It was super convenient — possibly the single smart decision I made organizing this trip. Because the LA Marathon is a point-to-point course, it was way more important to me to stay near the finish — and the shuttle bus service was beautifully organized. Highly recommended!

Pick-up was literally a block away from our hotel (its big redeeming quality!) and there was an endless line of shuttle busses loading up runners and taking off every two-three minutes. I had signed up for a 5:00 a.m. shuttle, but no one was checking the times on our bibs, and I could’ve taken a later or earlier one. No need to get nervous over missing your ride to the race!

After a super-quick bus ride, we arrived at Dodger Stadium. The place was quite festive. Take a peek:

Inside the stadium was much quieter, with lots of runners sitting on the bleachers: 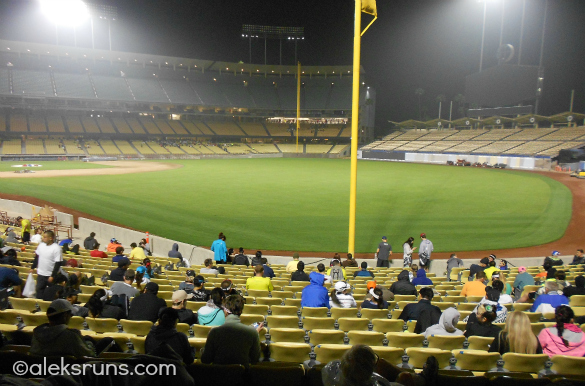 [Many were sitting right on the concrete behind the bleachers, some sleeping, some stretching or even meditating.]

…Or waiting in line for the bathrooms: actual bathrooms, so posh!

But don’t get me wrong, there were plenty of porta potties, too:

I arrived around 6 a.m., an hour and a half before the start, and that was way too early. It was a cold morning and I had forgotten to pack a throw-away shirt or even garbage bag. The plastic bag we got on a shopping trip the evening before came in handy, and best of all – it was orange. Representin’ the Bay Area at Dodger Stadium. What what?

I spent a good amount of time inside the stadium and headed out, where I listened to some Harlem Shake (like in the video above) and waited in a porta potty line for a good half hour until the sun rose and I headed to the start.

There were no directions to the starting line and I asked several people who had no idea where it was, either. Then I spotted someone with an LA Marathon 2012 finisher blanket and figured he’d know. He pointed right at the big orange arch by the side of the stadium. Doh. 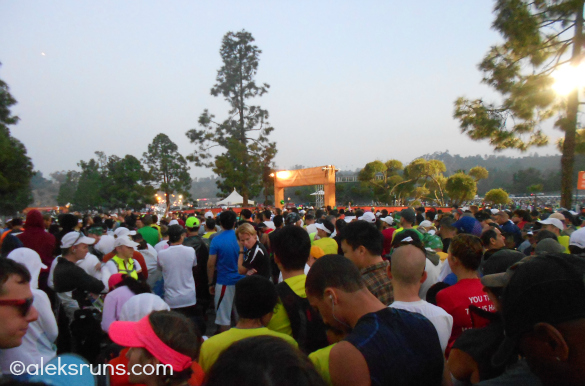 This was my biggest pet peeve pre-race and for good reason. There were three seeded corrals (A, B and C), but to qualify for either of those you needed a marathon finish time of no earlier than July 1, 2011 and no later than January 15, 2013. Not fair.

A couple of minutes after we started running, I spotted the 4:45 pacing group, then chased down the 4:30 and 4:15 groups, which was kind of off-putting mentally — especially in the first miles of a marathon! Next time, LA Marathon, please think about relaxing your placing standards and throwing in some half-marathon finish times as qualifier for the seeded corrals.

Yet, in a marathon your fellow runners come to the rescue, whether they realize it or not. I have to give a shout-out to the broad-shouldered, tattoed stranger who walked past me [as I was settling towards the middle of my “open” corral]. He was quite expertly weaving and pushing his way towards the front — and I just followed. I ended up crossing the start line just 3:42 min after the gun and that is entirely to his credit.

Next, I’ll tell you what happened after the starting gun went off. Till then, my crowd-pusher-benefactor’s awesomest T-shirt:

A good mantra for any race!

Very easy, mostly working on my pull, i.e. upper body work. Hoping to have regained most of my legs by tomorrow!

2 thoughts on “Los Angeles Marathon Review, Part 1: Before the Start”