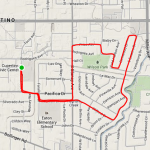 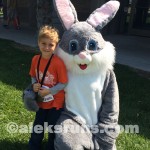 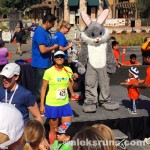 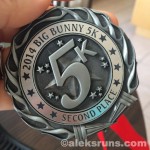 A couple of weeks ago, a friend told me about the Big Bunny run in Cupertino: a local event featuring a 5K, a 2.5 mile walk and a fun run for the kids. Big Bunny, because it’s on Easter weekend and the Easter Bunny would be there. Say no more!

And here’s the fun part: This was my second “proper” 5K race, ever. I’ve done color runs, mud runs and a couple of those night-time blinky-light things with disco music. I’ve run three 5Ks after swimming and biking in sprint-distance triathlons, and one 5K after a 10K in last year’s San Jose Double Road Race. But other than the 2010 Giant Race 5K (which I ran with no training whatsoever, so it doesn’t count – OK?), this was my first “real” crack at the distance.

The best thing about 5Ks is they usually start at a decent hour, like 9 a.m. The worst? They’re over too quickly! [Unlike this race recap. Ha.]

We arrived at the start around 8:30 – plenty of time to pick up our race bibs and t-shirts, and even warm up a bit running up and down the street.

If you’ve never been to Cupertino before, there’s one thing you should know about it. It’s tiny. A tiny little town with an even tinier “downtown” area – but an amazing, large, shiny and new library surrounded by a new plaza where the crowd partaking in the day’s festivities gathered.

The Big Bunny run must be a popular one because there were several hundred people at least: 554 ran the 5K alone!

My goal was to see how fast I could run a 5K without overdoing it. With the Big Sur Marathon next week, destroying my legs in an impromptu fun run would be just silly, right? Two long runs in the week before – a 19-miler on Saturday and 20-miler on Thursday – wouldn’t help much, either.

So, of course, when the gun went off at 9 a.m. sharp, I darted off as fast as my Newtons would carry me. The start was crowded and the route is all on neighborhood streets, but we spread out quickly, so that was good.

Mile 3: 7:37. Effortlessly, HusbandRuns passed me. He ended up finishing 30 seconds ahead.

Two things about this race you should know:

2. There are lots and lots of turns. This may delay you a bit, simply a factor of having to round corners all the time.

And one thing you should know about 5Ks in general: they hurt more than half marathons, and possibly even marathons. It’s a short-lived, but intense pain. Basically, running on the verge of your ability and fighting against your brain more than your legs, as it tries very, very hard to convince you to slow down. Judging by my splits, my brain definitely won.

I had to sit down for a bit to catch my breath, and then it was over to the Kids Run.

KidRuns rocked that one, “winning” the 3-5 age group. (Not that it counts, it was an un-timed, friendly affair. He loved it, though!) 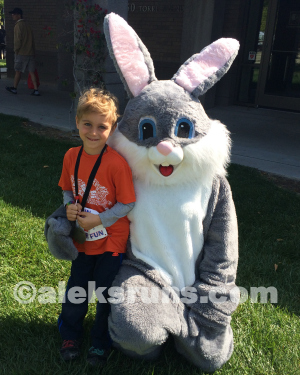 After the kids were done, I ran over to check out the results and was quite surprised to see I snatched second in the 30-39 age group. I guess all the fast middle-aged ladies stayed home that day! So I got my photo op with the Easter Bunny, too: 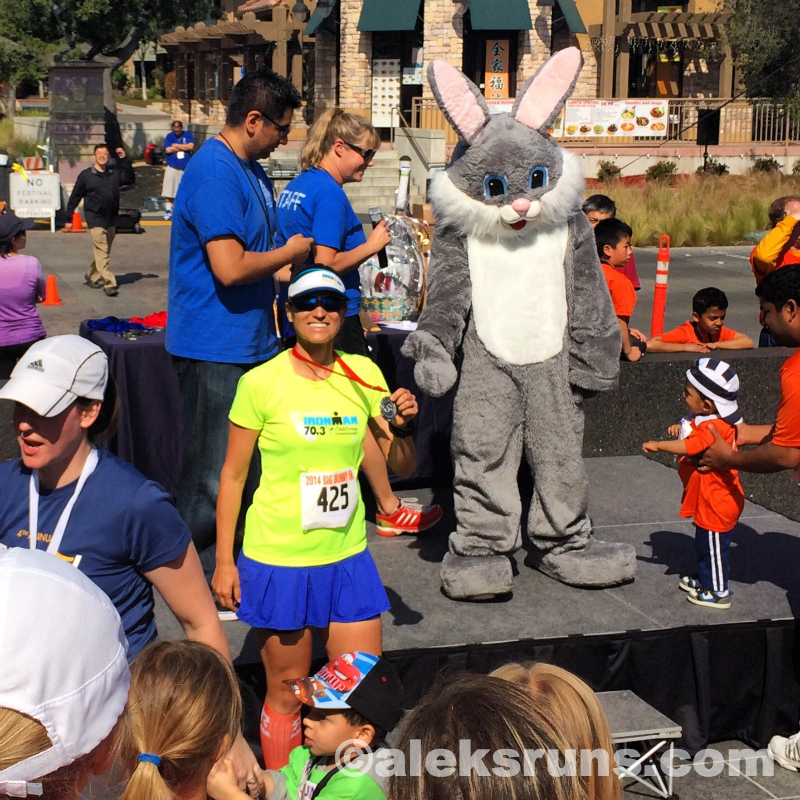 And, some bling to take home: 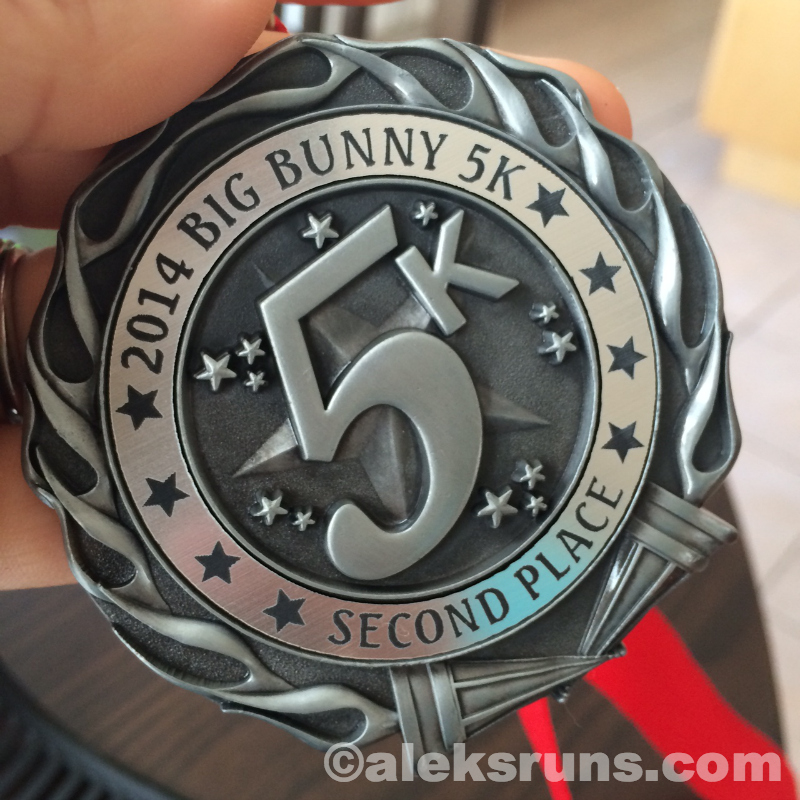 And that was that, my first proper 5K!

4 thoughts on “And Now, Something Different: a 5K!”