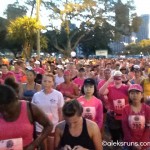 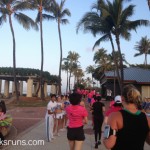 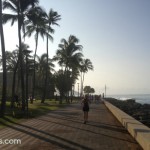 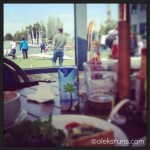 Today was the Divas Half Marathon in San Francisco. I had thought about running it, but ultimately passed, since I ran this same race last year, in Honolulu.

The Run Like a Divas series of half marathons is a women-only race with several locations in the US. They are known for their humongous medals with a pink sparkly gem in the middle, and the fact that right before you cross the finish line, a volunteer drapes a pink feather boa around your neck and puts a tiara on your head, so you wrap up those 13.1 miles looking like the diva that you are.

Also, the official race color is hot pink. Everyone wears it:

That is, except me: 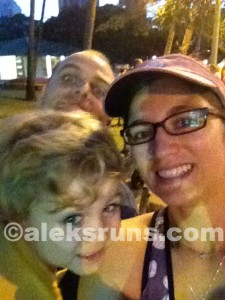 (Seriously, every race I show up at in a pink dress, but for this one, I chose purple?)

I had a great time at the Divas Half in Honolulu. It was a bit too hot and humid for my taste, but the beautiful course more than made up for it: 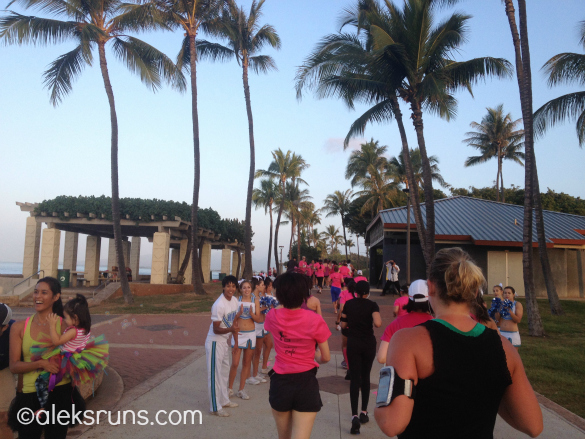 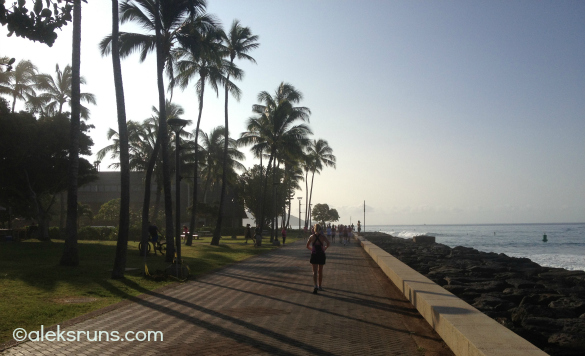 So as the Divas Half in San Francisco approached, I figured I’ll let that one go. After all, been there done that, right?

Er… apparently I didn’t get the memo that at Divas SF, you get your medal put on your neck by a half naked fireman. What??

Now, I don’t have any photos of those, but from what I saw on the Facebooks, they look kinda like this:

Hello?!? Is anyone else thinking those photos below right front and center of the Run Like a Diva homepage? I mean, are these people trying to sell race entries or aren’t they?

I also figure you’ve guessed which half marathon I’ll be running in May 2014.

In the meantime, many mother runner friends ran the Divas half today and rocked it with humongous PRs and, of course, glorious photos with half-naked firemen to show for it!

Had to guesstimate this one because iSmoothRun flaked out on me and counted 10 miles (and I ran my regular 13-mile route). Anyway, no firemen waiting for me at the end, but we did have a delicious brunch with good friends. 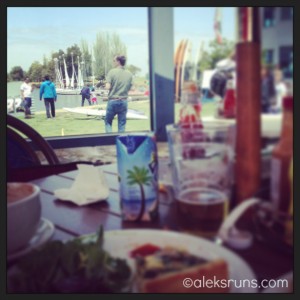 3 thoughts on “Half Naked Firemen?!?”