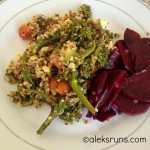 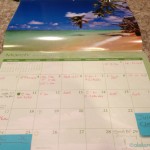 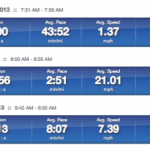 A month ago today, I wrapped up my first-ever three-day juice cleanse. And yes: I promised you a detailed rundown, which never materialized. Naughty-naughty!

But the way I see it, the recap you’ll be getting now is even better, enriched by a full four weeks of post-cleanse living, running and eating. Did I go to my old eating habits? Did I resume drinking 17 cups of coffee each morning just to wake up? I tell all!

Doing a juice cleanse was one of my 2013 New Year’s Resolutions. I was so serious about it, in fact, that I’d penciled in a date on my calendar… on a post-it. 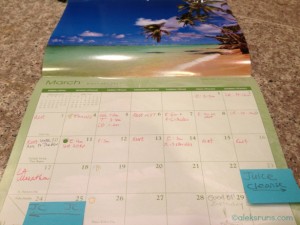 The cleanse was to take place at the end of March, after the LA Marathon — but before RnR San Francisco.

Then in LA, I had quite a bummer of a race, which solidified my decision to do it.

Better yet, my mom and husband decided they wanted to do it, too! So we bought a juicer

(it’s amazing, by the way, super quiet and you can juice pretty much anything), I found a collection of juice cleanse recipes online that I liked, we bought an insane amount of vegetables — here’s the shopping list, if you’re curious — and got started. 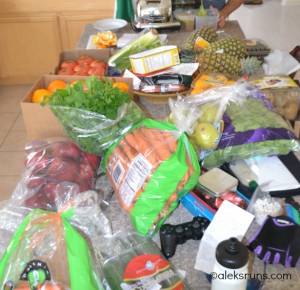 So here’s what happened over the course of a week (starting several days before the cleanse itself, when you’re supposed to prep your body by laying off meat and dairy, processed foods, and pretty much anything other than vegetables and fruits):

But how can you do all this running and eat no meat?

My mom actually asked this question. I’ll have to tell you about that another time, but rest assured: there is plenty of energy for running, biking and swimming, as evidenced below.

Have you ever tried going meatless? What are your favorite meat- and dairy-free recipes?

Today
Mini-triathlon at the gym:

Wednesday
Long ride + mini run. This was a beautiful ride. I started on my usual route and kept going for 10 miles out. Rode by farms, what with grazing horses and cows. The run felt awkward (legs like jelly), but I did OK — and no music!

4 thoughts on “The Juice Cleanse Recap :)”