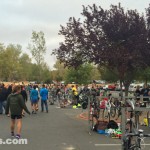 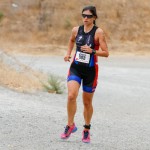 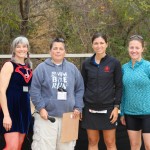 Racing three times in three weeks is not a wise thing to do – but some races are just so fun, they justify throwing caution to the wind.

The See Jane Run triathlon – a women’s event in Shadow Cliffs, Calif. – is definitely one of those can’t-miss ones for me. I did it last year as my last race of tri season (you can read about it here) and I loved the experience. It’s got perfect formula of convenient location + fun and short course + laid back attitude + some strong competition to fight over the age group podium spots.

Oh, and bonus: It starts at 8 a.m. No ridiculous 4 a.m. wake-up calls and no setting up your bike pre-dawn. Though, as I’ve mentioned before, there’s definitely a certain charm to a dark athlete-packed morning in Transition. (Unless you forget your headlamp and have to go porta-potty in the dark. Nothing charming about that, trust me.)

Aaanyway, the drive to Shadow Cliffs park in Pleasanton, Calif. may have been dark, but by the time I arrived the sun had come out and the transition area was one busy, exciting place to be. 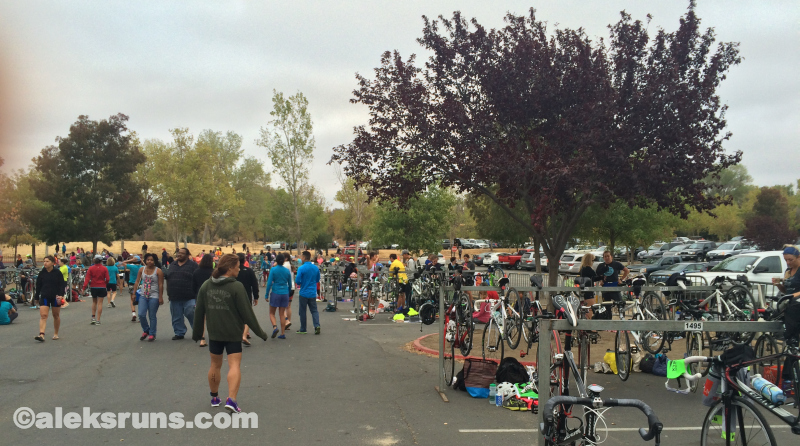 I picked up my race packet with hardly any waiting – oh, yeah, another big bonus: race-day packet pickup! Then set up my bike and stuff next to a drool-worthy Cervelo:
Mmmm!

Ahem. Back to the present. Body marking, chat with friends who were here for their first triathlon (and duathlon), go potty (twice) — and what do you know. It’s time to head to the water.

Let me tell you, the California drought has done quite a number on this lake. What last year was a beautiful beach with crystal clear water has now become a marsh-like… thing with muddy mush. The water level was so low that our feet were easily touching the bottom of the lake for the “deep water” start — which would’ve probably been a good thing if the bottom wasn’t all mushy and covered with deep plant life that twisted all around our feet and ankles. Grrrrrrrrr.

But we started on time and the swim was as short as they get: just 400 yards! I was done in just under seven minutes, though exiting the marsh involved some very difficult and muddy “quicksand” walking, which slowed me down another minute or so. 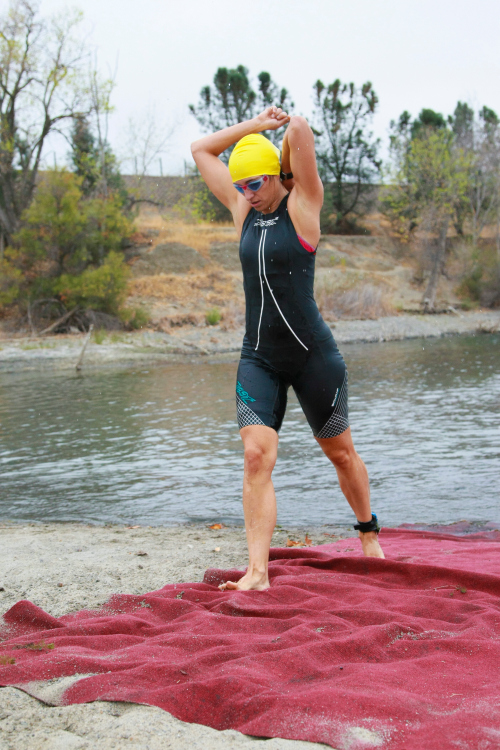 Swim time: 8:14
Ran to my bike and jumped out of the swim skin and into my biking shoes (barefoot to save time, which turned out to be a wise decision, as you’ll see later). Quite a few of the bikes around me were gone from the racks already, so I had some catching up to do!
T1 time: 1:12

The 11.3-mile bike course is flat, with some nice straight stretches of road and not too many turns. In other words: fast. But boy, was it windy. I felt like I was barely moving, fighting headwinds on those long straight flats. It was hard. 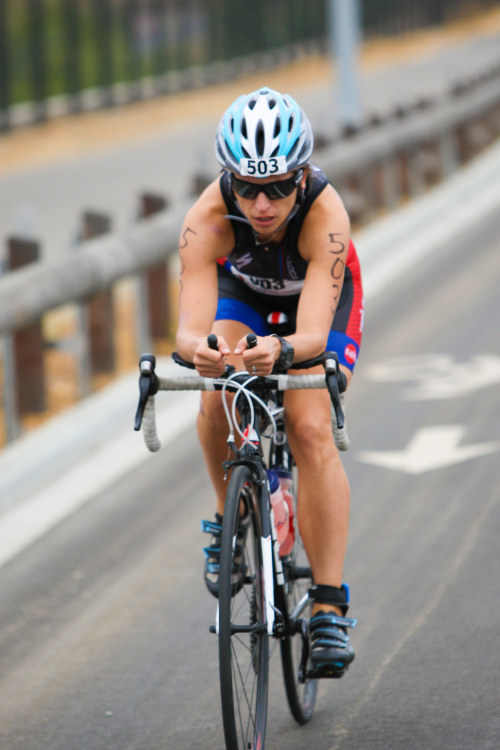 But hey. This sport isn’t for sissies. And we’re not in it for rainbows and sunshine. We like to suffer, it makes us stronger – right?

When I arrived in Transition, very few of the bikes around me had made it back. Good!

I had run this course a couple of times, once for California International Triathlon and again for last year’s See Jane Run Tri.

It is not an easy course. Most of it is on a dirt road (which is nice, actually – as long as it’s a surface you’re used to running) and while it’s generally flat, there are a few sharp climbs/ descents along the way. It also goes around in a figure eight shape plus one back and forth in the middle.

Good thing there were volunteers and clear course marking, or I’d have gotten lost.

I pushed myself and tried to keep an under 8-minute-mile pace, though the climbs were sabotaging that and it was messing with my head. There were a few runners on the course to chase down, then I ran by myself for a while. 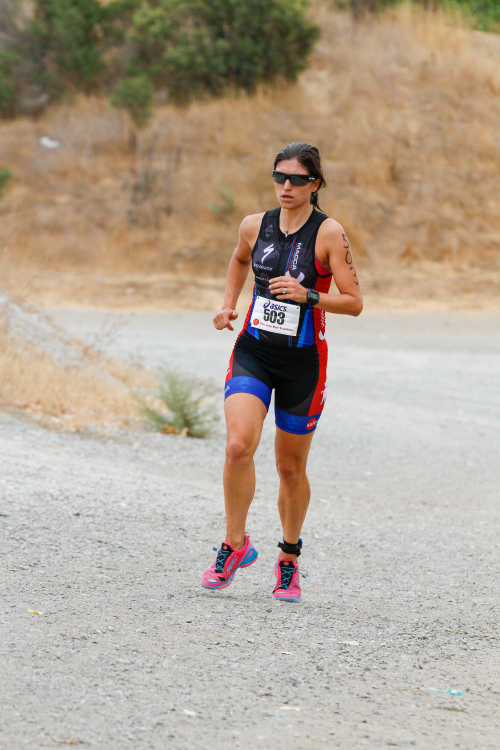 It was lonely. But when you’re trying to have a strong race, lonely is a good thing.

I picked up the pace on the final stretch and passed one last lady before sprinting across the finish:

That last push served me well, as I later found out the next competitor in my age group finished just five seconds behind me.

Five seconds. See? There’s a benefit to not wearing socks on the bike and run, after all!

It was a good day at the races!

Hope to see all the Janes next year and have some fun. And let’s all keep dancing the rain dance, friends, so these lakes fill up nice and deep and we get our clear water back for next year’s tri season!