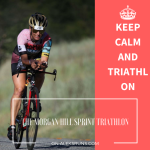 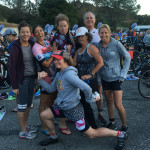 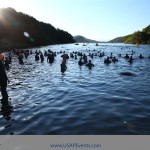 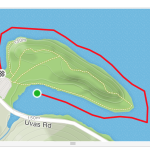 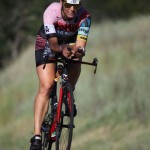 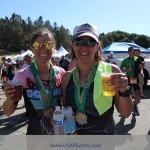 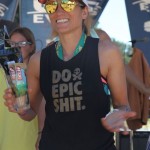 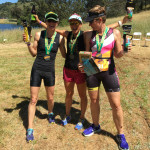 What do you do when a bike crash sets back your training for three weeks?

(The following rundown of events is related to the MHST, so I’m including it here. Bear with me.) 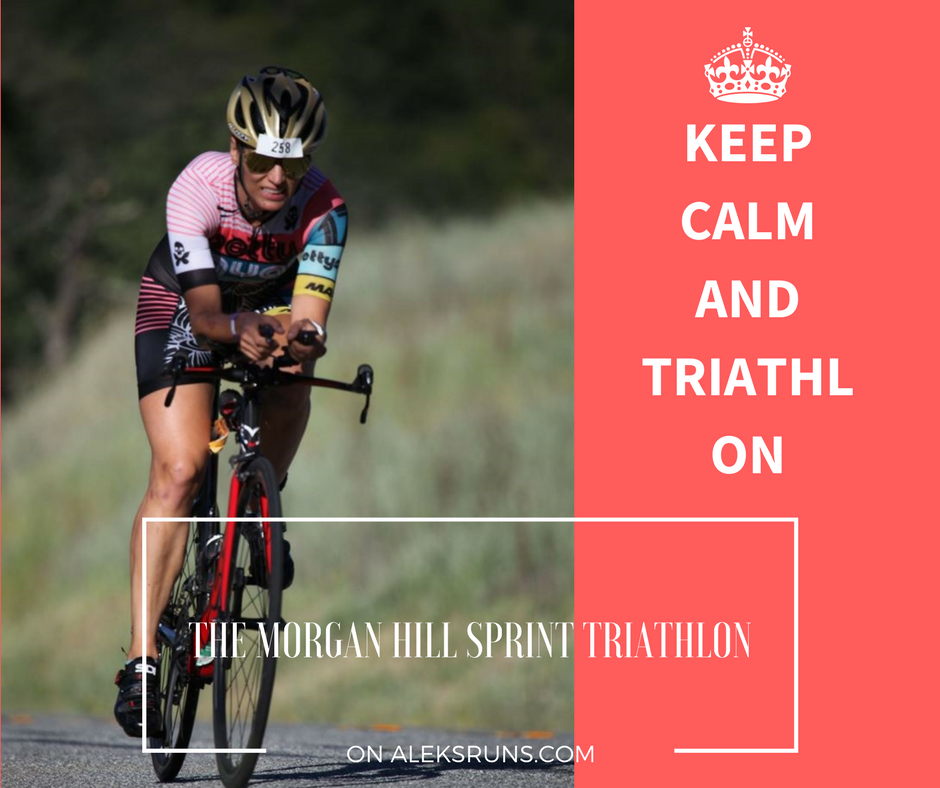 During a training ride on April 30 — just two weeks before Ironman 70.3 Santa Rosa — I lost control of the bike, veered towards the middle of the road, hit the ground pretty hard and rolled over into the opposite-traffic lane, all at the soundtrack of my bike making scary clattering sounds behind me. Luckily, there was no traffic at either direction at that moment and I found myself lying down with my left leg bent outward, at a painful 90-degree angle.

The clattering sounds, it turned out, were just my toolbox breaking into pieces and all the CO2 cartridges and allen keys rolling down the road. The bike is fine and only needed some smoothing round the shifters and handlebar edges.

My knee, however, was not: besides the road rash, it felt painful and wobbly as I stood up. I took some time to clean up and assess the damage — with the help of two Park Rangers who blocked traffic and provided first aid supplies, thank you! — but when I tried to pedal home with my group, I knew I’d need a ride home.

The day after the crash, I saw my doctor and while he assured me that structurally, everything looked OK, my knee was quite painful and stiff. For three days, I limited myself to slow walks in the neighborhood; after that, I tried some easy, flat riding. It wasn’t impossible to ride, but definitely not good enough.

A few attempts to run failed – too much pain – and five days before Ironman 70.3 Santa Rosa, I made the decision to pull out of the race.

The following week, I had an appointment with a knee specialist who confirmed that I had no soft-tissue damage to my knee. I wasn’t at 100%, but the pain and stiffness were fading away and the surface wound was healing up.

So here I was, six days before another race – the Morgan Hill Sprint Triathlon – wondering whether I should sit it out, or give it a go.

The Morgan Hill Sprint Triathlon is a bit of a misnomer, as it isn’t really a “sprint,” with its quarter-mile swim, 16-mile hilly ride and 5-mile run. But let me tell you, it’s all about perspective. At that point, it had been weeks since I’d run longer than a couple of ill-fated miles at a time, and five miles sounded like a long run!

But, I’ve done this race before and I ride on the course almost weekly (in fact, my crash was a few miles down the road from the race venue) — so I decided to give it a go.

Arrived to transition area with a good hour to spare! This almost never happens, but I learned my lesson from last year: the backup that forms on the single road leading to the race venue is brutal, so don’t leave at the last minute. 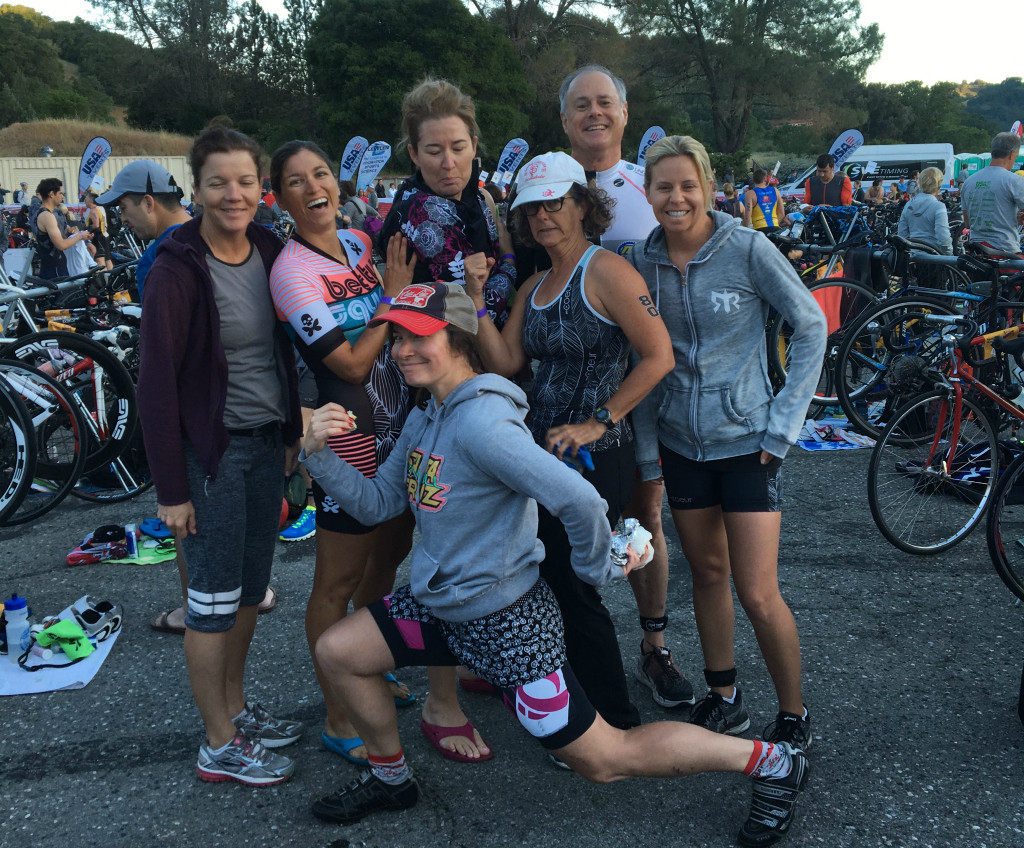 Even had some time to take goofy photos with friends and go on a little warmup run. Winning!

The swim was as uneventful as it gets for me. It’s a deep-water start, so we all got in the water a few minutes before our wave. Perfect water temperature for a wetsuit, not to mention clean and calm. We were, after all, swimming in one of the reservoirs that supplies our drinking water. 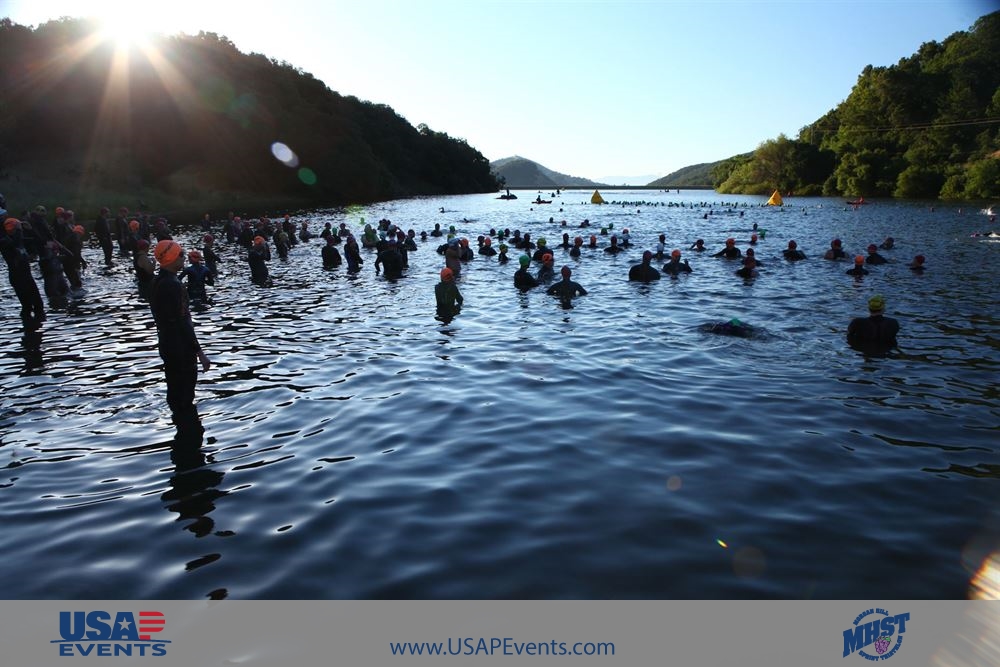 I didn’t get smacked or kicked at all during the entire swim! Even sighting was kind of easy because of the way the swim course loops around, so you just need to make sure you swim close to the shore the entire time.

My watch shows I swam 1,372 yards, which is as close as it gets to the official race distance of 3/4 miles, or 1320 yards, so I’m quite OK with my swim on this one. My time was nothing to write home about, as usual, but I beat my swim time from last year a little bit, so there’s that!

There is a very short run up a ramp to the transition area, which seemed even shorter this year as the reservoir is at the fullest it’s ever been! Before the swim, I had taken the advice of a friend to spray some TriSlide around the bottom of my wetsuit legs, and I enjoyed the benefits here: I have never slipped out of my wetsuit faster! It did not stick to my feet at all, just went “phlewwwwwp” out of my feet and on the ground. Helmet, sunglasses, socks, shoes and onto the bike!

Obviously, I was hoping to have a much faster time on this bike course than I did last year, when I raced MHST with only three weeks’ worth of bike and swim training. (My focus had been elsewhere before that.) But with a bike crash three weeks before this race, it was all a question mark.

I had ridden the bike course with my training group the previous weekend, but kept a low effort throughout, and especially on the climbs. The course is all rolling hills, with one short but steep climb at around mile 11 of 16.

So I got going, squirted some Gatorade Endurance in my mouth every now and then (quick calories!) and even choked on it once, trying to swallow while also breathing pretty hard. I guess I was working it. 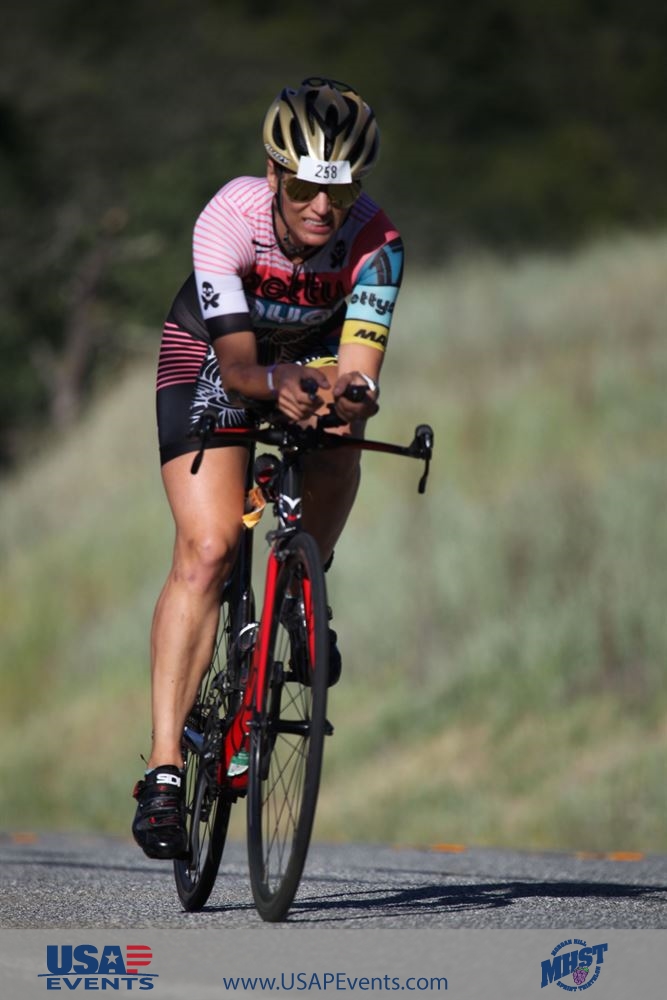 My knee was not complaining. In all training rides before that, I had been feeling a pull on the back side of my knee, but I guess the adrenaline of race morning was enough to mask that.

I passed some people, got passed by a few, and rolled back into transition in less than 50 minutes. So, I did manage to get through the bike a teeny bit faster than last year, after all.

My favorite thing to happen in transition took place here: I couldn’t find my rack spot! I ran my bike over to what I thought was my rack row, but didn’t see my towel there, so I panicked a little bit. Looked over the next rack, and the next. Finally, after what seemed like at least a minute (it was probably just 20 seconds or so, though), I saw my space. My wetsuit was just strewn all over my towel, hiding it completely. Note for next time: hang wetsuit on rack, leave recognizable things in transition spot (such as bright towel) open!

And now, the true test of the day: running five miles after a hilly bike ride, off of just about no run training for three weeks and on a knee that was functioning at 80%, at best.

I remembered every single mile of this run course from the previous year, which was both a blessing and a curse. It’s always good to know what to expect, and I knew when I’d be running uphill on the way out, going down on the way back. “Hill” is kind of relative in this case, mind you; they are small inclines that you’d hardly feel if you kept an easy pace. Obviously, at race effort things are very different.

The entire run felt hard. As it should! But in addition to the physical part of it, I was feeling doubt in my head – which anyone who’s had their share of racing will tell you, can be key to whether you have a good race or not. If you’re not on top of your mental game, forget about being on top of your race game! 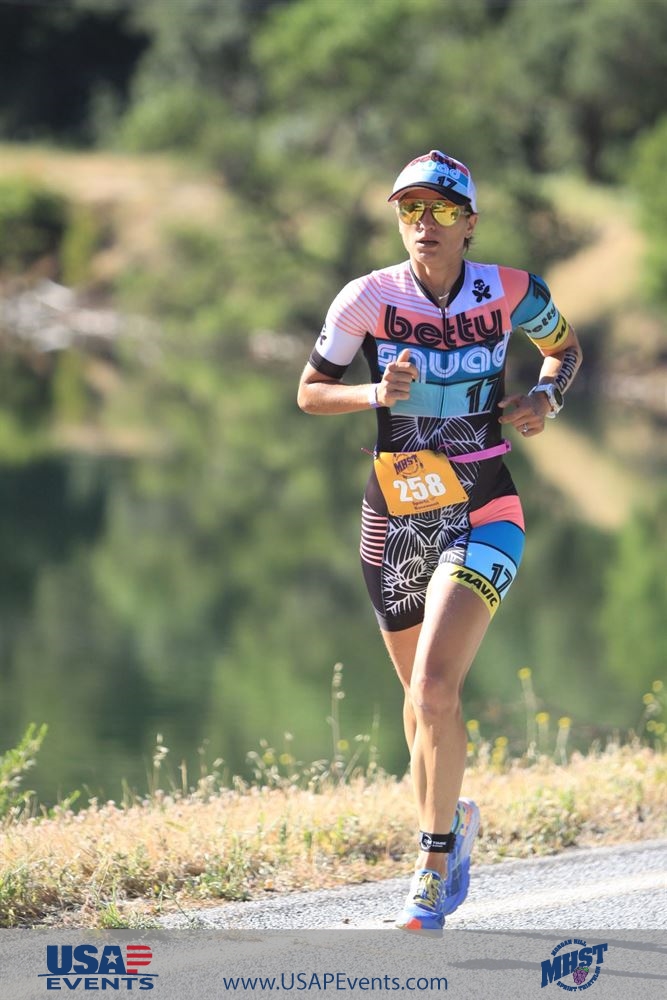 Then, at around mile two, I spotted a familiar race kit running ahead: my Betty Squad teammate and USAP Ambassador Julianne! Julianne is in my age group, so technically we’re competing directly — but as I ran by her with a quick “Hi” and tap on the shoulder, she did the most Badass Betty Sister thing of all: gave me relevant race course intel!

“Keep going, there are only two women ahead of you!” she said.
“Age group?” I asked.
“Yes!” she confirmed.

And somehow this gave me the willpower to keep pushing. My knee was not in pain, my brain was: I was feeling the lack of proper training in my entire being. But heck if I would not try my best to catch those gals. I passed one of them before the turnaround, and the other shortly after. There were still about two miles to go: two miles in the pain cave. I don’t really remember much happening, other than me wondering the whole time whether I’d get passed back. I knew I was running slower than the previous year, when I threw down two seven-minute miles to the finish. This year, my pace was closer to 7:30. But I did drag myself through that finish, and I won’t lie: I was happy to be done!

Things got better almost right away, as I ran into a few friends and the beer and food line were still pretty short. Once you’ve crossed that finish line, life is good! 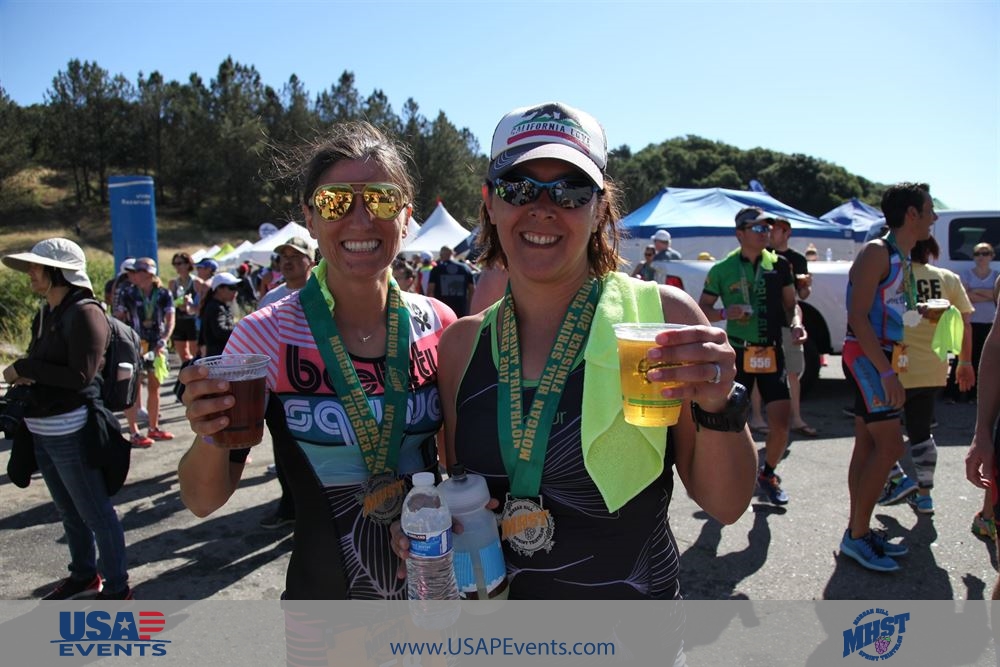 It turned out that I had, indeed, passed the first two ladies in my age group and took the AG win (my first at this race; last year I was second). Sadly, they seem to not have stuck around long enough to get their AG prizes, so I had the podium all to myself. Oh well! Here’s a huge closeup of my face, then. #DoEpicShit! 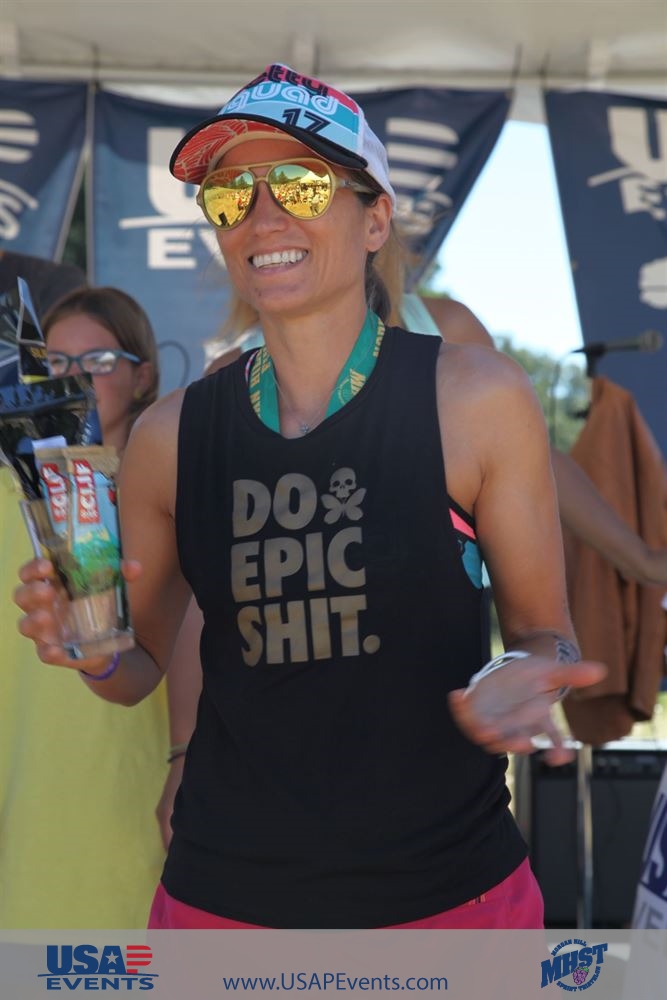 As usual, we pretty much closed out the event, hanging out with our beers and burritos, having a grand ol’ time!

Congratulations to everyone who raced, but especially to Jen and Tina, who also took Age Group/ category wins; Lisa, who took second in the Aquabike, and all my training buddies who rocked the race in all their goofiness and awesomeness!

I love this sport so much!