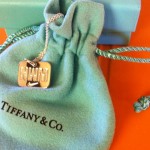 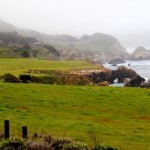 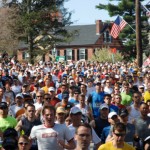 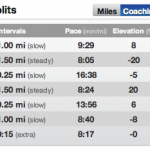 Bucket list races tend to have one (or all) of the following characteristic:

Like most runners, I’ve got my own list of marathons that I’d like to do before, you know, I kick the bucket. Here they are, in no particular order.

Getting into the New York City marathon isn’t easy, but it isn’t impossible, either. If you live in or within easy travel distance to New York City, NYRR membership and nine completed races give you guaranteed entry. You could also raise money for charity. Or you could enter the lottery – after three consecutive rejections, you’re in for the following year. Unless you get lucky, of course. I got in the very first time I applied!

I’ve run NYCM twice, cheered from the sidewalks six times and lived smack on the course for five years. My personal opinion: there is no race like it. None. From the atmosphere at Fort Wadsworth, to the amazing course winding through all five boroughs, to the unbelievable feeling of 2 million people cheering you non-stop as you run. It is a race to do at least once in a lifetime. I’m hoping for a third one in the near future.

Two words: Tiffany necklace. Handed to finishers in lieu of medals – by San Francisco firefighters clad in swanky suits, no less – the race’s 20,000 spots are filled via lottery. (“Legacy” runners – those who have participated in the race each year since its inaugural running in 2004 – get guaranteed entry.)

The course is said to be challenging (it’s in San Francisco, after all) and the race reviews in terms of organization are all but lackluster. Crowded start, not much runner support for the second half of the course, a small expo featuring Nike products only, not much race information online (the only way to get details on this race is via its Facebook page). I say, hey girl: calm down and carry on. A Tiffany blue box awaits at the Finish line!

The only reason I’ve picked this one is my love for Hawaii. The people, the beaches, the rainforest, the waterfalls, the rainbows. Could there be a more beautiful place to run? (Possibly, but surely Hawaii is up there with the best of ’em.)

My first choice would have actually been the Maui Marathon, but its mediocre reviews aren’t encouraging. Kauai, on the other hand: different story.

I haven’t been to Kauai yet, either: what better way to take a good look around? The course is said to be hilly, the weather – hot and humid. A tough race, to be sure. But hey: sounds like the perfect race to take easy and just enjoy?

Big Sur is another one known for its challenging, yet incredibly beautiful course. The 2013 race sold out within 26 hours of opening registration. That says something right there, yes? The race reviews are overwhelmingly positive, too. Pencil it in and start stalking that registration link the minute it opens for 2014!

What, you didn’t think I’d throw that in there? Obviously, the main appeal of BA is its exclusivity to, you know, fast people. Starting in 2013, in fact, you have to be even faster (sheesh!), seeing how they moved qualifying times 5 minutes south, and got rid of that 59-second loophole, to boot:

Many folks train like crazy in an effort to get fast enough and qualify. I, however, have decided to qualify by aging.

The Great Wall of China. Who wouldn’t want to walk – er, run – it? I like to think that this will be my last marathon. I’ll be in my 80s or 90s, old and creaky, possibly using a walking cane. When I finish, I’ll sit down to rest my legs and say: I’m pretty tired… I think I’ll go home now.

Until then, I leave you with this:

What marathons are on your bucket list? Which ones should I add to mine?

Day #2 of training; all is good. Today’s workout was a 2 x 1.5-mile tempo run, with 0.25 rest in between and a 1-mile warmup and 1-mile cool-down. Held at an 8-minute mile pace for the first 1.5 interval, but slowed down a bit for the second one. Tomorrow’s intervals at the track, gotta save some juice. 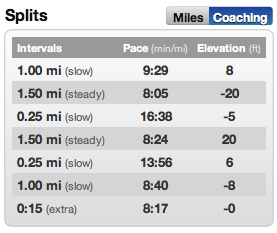