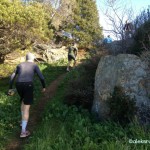 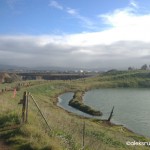 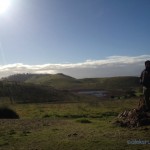 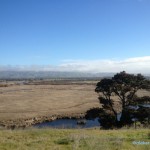 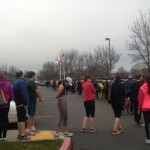 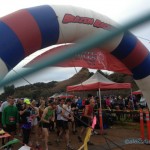 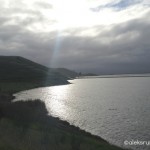 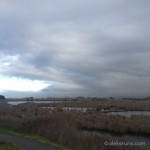 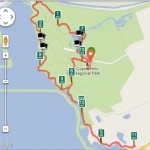 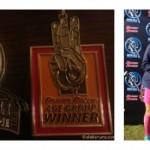 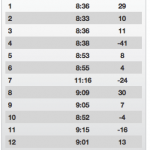 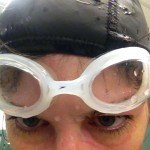 The Coyote Hills Half Marathon… what can I say. It lived up to the second part of its name. Hills, hills, hills.

That’s OK, though, because for each hill, there were many, many more amazing views. 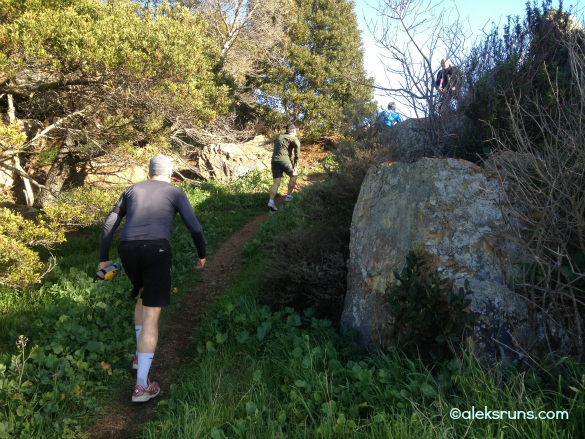 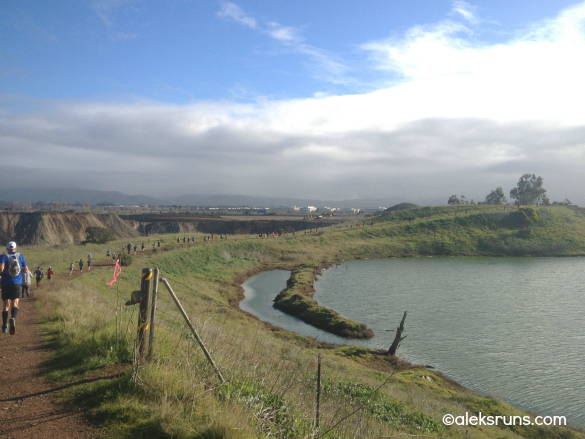 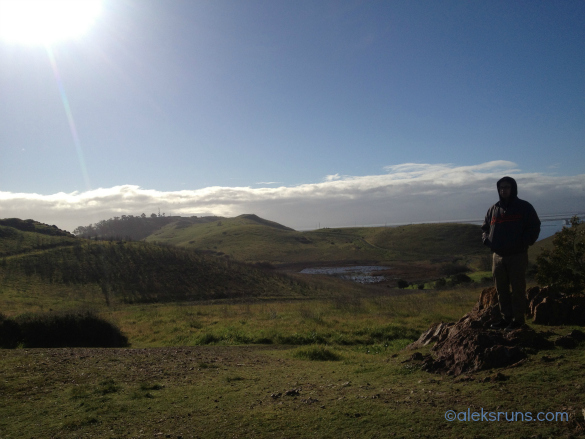 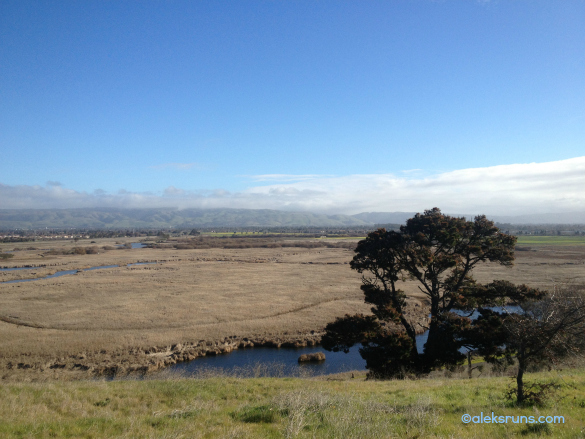 But let’s start at the beginning. The Coyote Hills half marathon is a Brazen Racing event. I’m a big Brazen fan. Their races are always meticulously organized, the food is amazing and the volunteers: chipper and super friendly. The medals are cool, the price is right ($50 or thereabouts for a half: not bad!), and, not least, volunteer race photographers post all of their photos to Brazen’s Picassa album for free.

This race was no different. The parking situation at Coyote Hills Regional Park is tricky (read: tiny parking lot near the race start), so we were instructed to park roughly two miles away. Seven shuttle busses took people from the parking lots to the start area.

I’m guessing everyone decided to sleep in (despite — or because of — the 9 a.m. race start for the half), because by the time we got there at 8:20, the shuttle line was about seven miles longer than your typical porta-potty line.

But that’s OK. We made it just in time for the start. I literally snapped a pic of the fasties taking off and joined the middle of the pack. 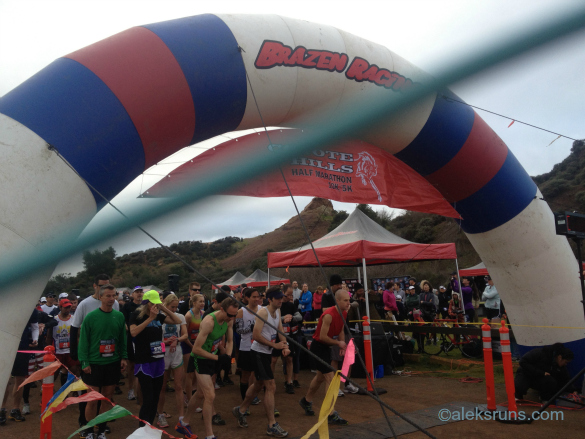 [enjoy the view of my earphone cord…]

It was a gloomy-ish morning, but the views… oh the views: 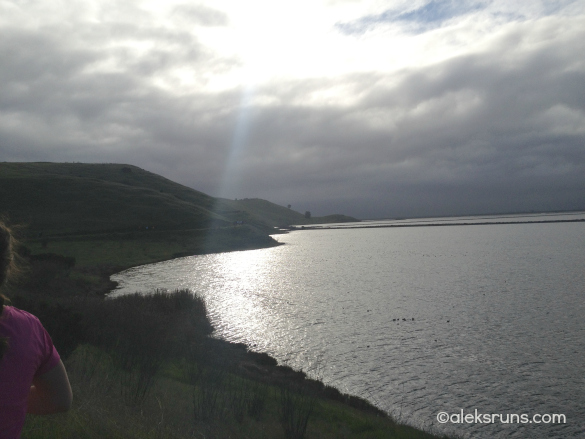 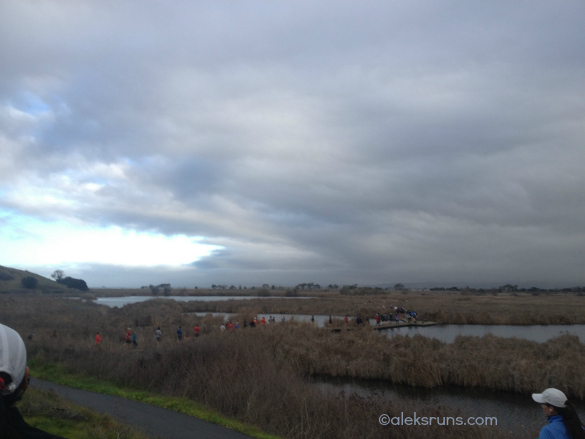 The course was basically two big loops and an out-and-back tail, with a hill right after mile 5 and a BIG one between miles 6 and 7 (you go over it again before mile 13; shown in the top photo). 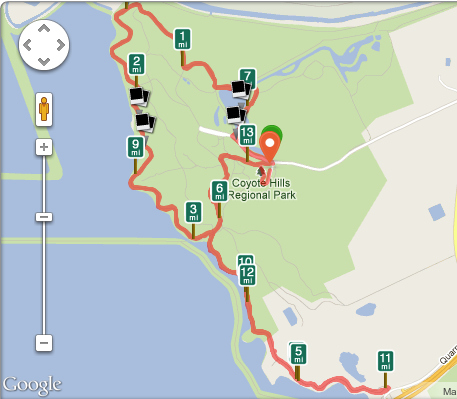 I had given myself permission to enjoy this run (and not race it), and so I did. I stopped a few times to take photos, walked the big hill (ran the others, slowly). And just had lots of fun.

Anyhow, I am still the turtle in the family; the hare being HusbandRuns, who ran the 5K and placed 3rd in his age group. So now BabyRuns keeps saying that Daddy won and Mommy didn’t. Oh well. 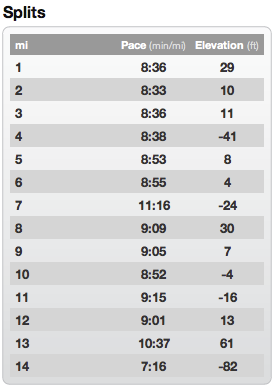 And later that day:

The family went swimming in the super-hip and cool YMCA! I wanted to do 1.2 miles (80 laps), but the pool closed so I only managed to sneak in 65. Boo. 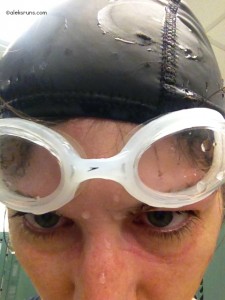