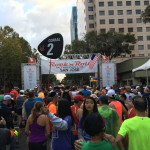 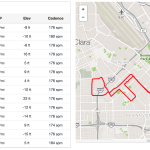 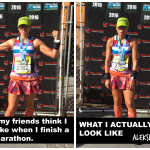 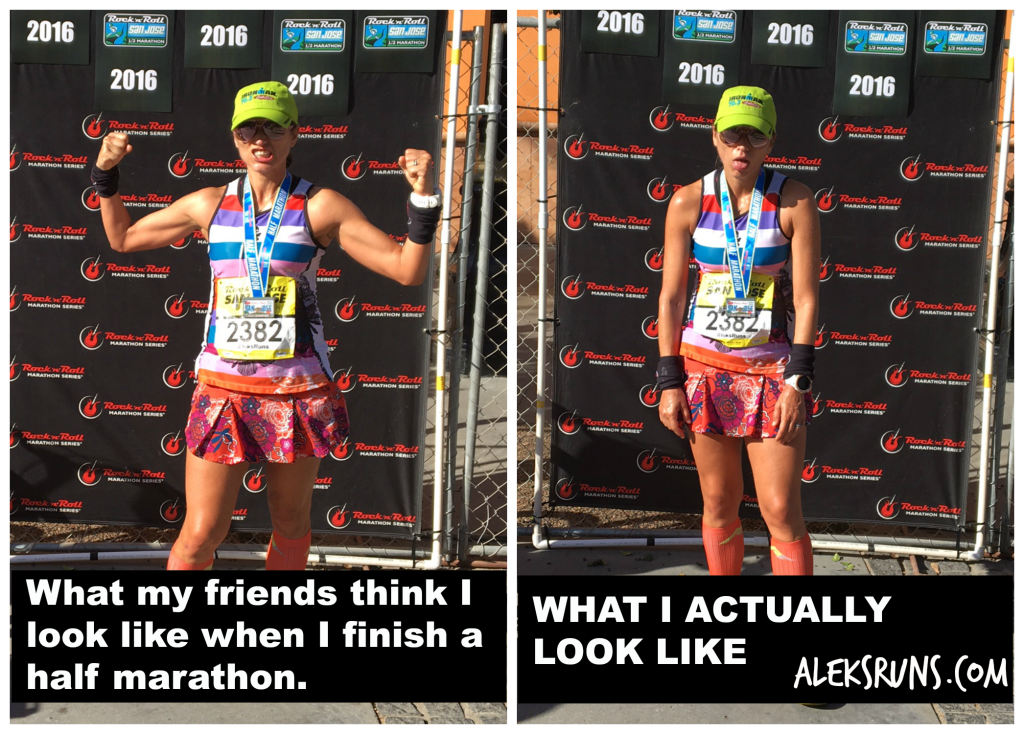 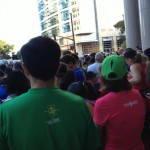 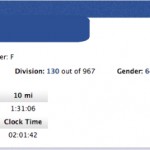 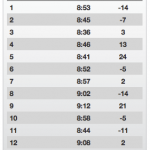 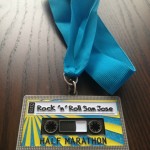 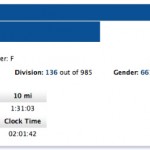 My 2012 San Jose Rock’n’Roll Half Marathon began like many other races: in close proximity to a porta-potty. 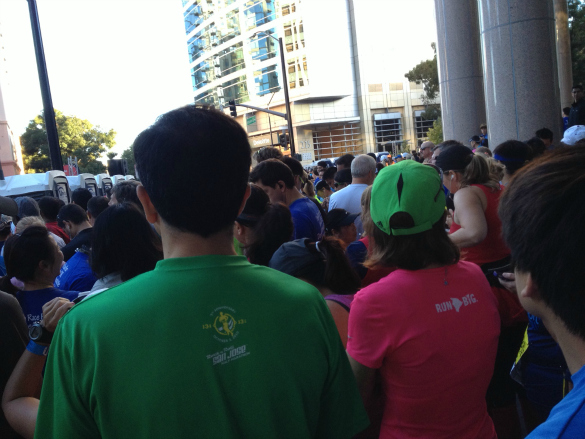 No, really, here’s a photo of my view just as the gun went off. The porta-potty was to my immediate left and in front of me were several dozen runners, patiently waiting to walk onto the course from the side of the street. (Note for next year, San Jose, if you plan to have a record 14,000+ runners again, do allow more space for each corral, will you?)

So anyway. Having taken care of all bodily needs at another porta-potty (one featuring a line of at least 50 people, may I say), I said a quiet little prayer that I wouldn’t have to pee again for at least 13.2 miles and tippy-toed across the start a mere 2 minutes, 24 seconds later.

I started my RunKeeper, pushed shuffle on my favorite Spotify playlist, and the second the first song started — Savage Garden’s Affirmation — I knew, I just knew that this race was going to be epic. END_OF_DOCUMENT_TOKEN_TO_BE_REPLACED 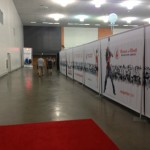 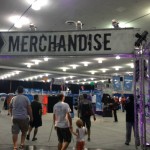 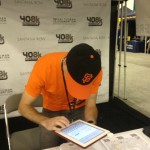 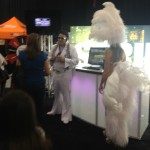 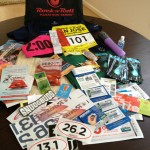 I remember picking up my first-ever half marathon number like it was yesterday. I walked up the creaky stairs of the New York Road Runners’ office – a beautiful brownstone on 5th Avenue and 89th Street in New York City – and was handed a race number, a yellow timing chip and four safety pins. The race “shirt” was a cheap cotton sleeveless… thing, just like the ones my grandpa used to wear on hot summer days. I thanked the kind volunteer ladies, licked my thumb to grab a small black plastic bag, blew on it to open, dumped in my above-mentioned swag and was happily on my way.

This is what pretty much any race number pick-up used to be 10 years ago… except at one point they switched from cheap cotton sleeveless things to cheap cotton T-shirts.

So imagine my surprise when, in 2010, I went to pick up my first-ever Rock’n’Roll Half Marathon race number. I walked into the San Jose McEnery Convention Center and experienced a New York City Marathon Expo flashback. The race check-in/ number pick-up booths. The merchants. The swag. The loud music. The big-screen TVs playing a video loop of the race course.

All that, for a half marathon. I can only imagine what the Rock’n’Roll series marathon expos are like. Surely, they must rival my wedding in their exuberance.

Now, expos are by no means posh affairs. Case in point, the “fitting rooms” at this year’s San Jose Rock’n’Roll Half Marathon expo:

And it looks like they miscalculated the amount of red carpet needed to make us, runners, feel super extra special on pre-race day: END_OF_DOCUMENT_TOKEN_TO_BE_REPLACED